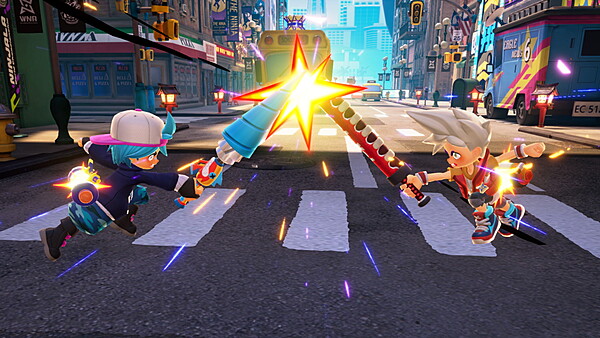 Ninjala is a game filled with ninjas, but you might not know that by just looking at the game. Ninjala takes a very different approach visually and artistically to the world of ninjas. In an interview with Comicbook.com, GungHo president and CEO Kazuki Morishita spoke about that decision.

There were no hurdles in particular, but we did think a lot about the stereotypes and prejudices surrounding ninjas. In the past, ninjas that appeared in games were often depicted as “dark” characters. Even literally speaking, when we think of ninjas, we often imagine them in black. On the other hand, we created Ninjala with a bright, “pop” world setting that is the exact opposite of that traditionally dark image. But because ninjas have this almost mythical quality, and stories about them are often shrouded in mystery, it allows for imagination to expand and incorporate elements of history, modern times, and science fiction.

Well, being dressed in all black is comes handy when you're sneaking around at night trying to be unseen, so...

To be honest, I think I'd prefer ninjas remain dark and mysterious instead of flashy gum-chewing children with attitudes.

Even if I gave your comment a like I still have to add that it's still just a game.