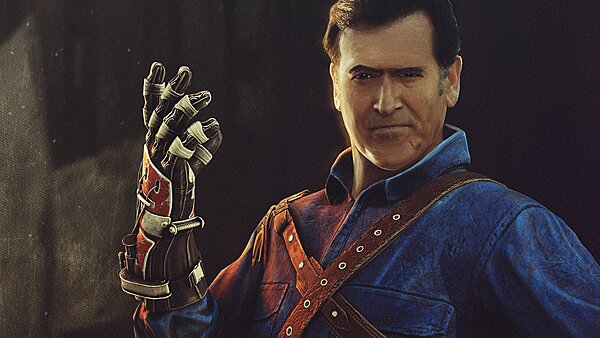 For a long time now, there have been rumors of Ash Williams from the Evil Dead franchise coming to Mortal Kombat 11. For awhile there, it seemed like the reveal was all but certain. Then the months went on, and nothing ever came of it. Wondering what's really going on with the rumors? Mortal Kombat co-creator Ed Boon wishes he could clue fans in.

In an interview on Victor Lucas' podcast, Boon is asked about the rumors of Ash Williams DLC. Here's what Boon had to say in response.

"I wish... there's one I wish I could comment on. Yeah, you know what, perhaps in a future Vic's Basement [the podcast they were on] we can have that conversation."

Now does this mean that there's something in the works, or is it indicative of a deal that's fallen apart? Looks like we'll have to wait to get a definitive answer.

I feel like the deal may have fallen apart. Seems like a lot of work probably went into it if Boon is wanting to talk about it in the future. I'm assuming if the DLC were still in development, he would probably not want to comment on rumors/speculation.

If Ash doesn't join the Mortal Kombat scene, then I hope fans will be happy with the upcoming Evil Dead game.