Give yourself a fighting chance
11 July, 2020 by rawmeatcowboy | Comments: 0 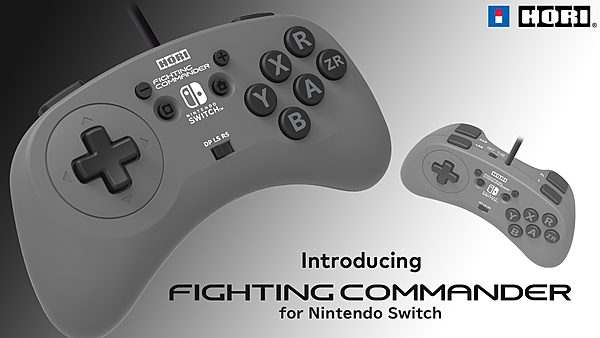 If you play a lot of fighting games, you'll know how important it is to have the right gamepad or arcade stick. It can make certain combos easier to perform and will often give you a competitive edge in battle. Japanese accessory manufacturer HORI might have already released a number of controllers for the Nintendo Switch, but it's not done yet. The latest one it's just released for the hybrid system is the Fighting Commander. This is a similar but different gamepad to the models previously released on Xbox One and PlayStation 4.

You can grab a HORI Fighting Commander controller for Switch via Walmart for $40. Place your order right here.