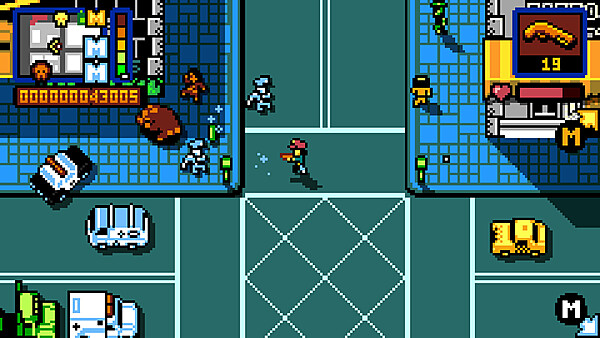 A couple weeks back, Vblank revealed that they were doing physical Wii releases for both Retro City Rampage and Shakedown: Hawaii. Both titles are available now, but only as physical copies in Europe. Why was North America skipped over? In an interview with Vice, dev Brian Provinciano explained.

“To release a new Wii game at this point in the lifecycle, every [Nintendo] department needed to be able to figuratively (or literally ) get their Wii stuff out of storage and set it back up. If even a single department was no longer able to do that, the game could no longer be released, and unfortunately, there was a roadblock in the middle there.”

Nintendo of America just couldn't get things up-and-running again for a Wii release, but the European side of things could make it happen. It's not for a lack of interest in America though, as Provinciano said NoA supported the idea.

Then how did Just Dance 2020 get a worldwide release?

Maybe since Just Dance never stopped making Wii units they already had a system in place.

Ubisoft is also a bigger company.

It was released more than half a year ago.
Most likely, the "roadblock" appeared after its release.