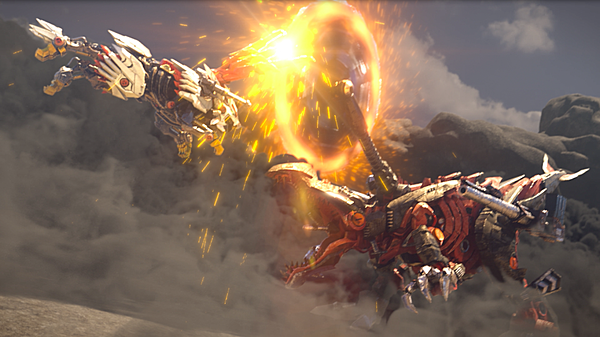 Back in June, Takary Tomy announced that a new Zoids Wild game was in development for Nintendo Switch. The game that was being teased has officially been announced, and is titled "Zoids Wild: Infinity Blast". Planned for launch in Winter 2020, more info will soon be released in the July 2020 issue of Monthly CoroCoro. Details confirmed so far include; the ability to modify the equipment, colors, and Wild Actions of your Zoids, and the existence of newly introduced Zoids such as Rising Liger. Not much is known beyond that just yet.

Check out 4 screenshots for the game here!
Source: Link
Rating: 1