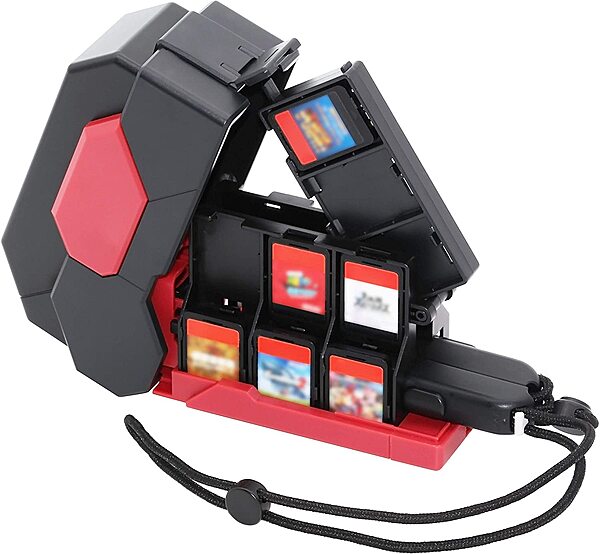 The item above is the Ammo Kinergy Joy-Con Wrist Straps & Game Card Case from Modpacer. The item is priced at $13, and stores 18 game cards and a pair of Joy-Con wrist straps. It's a pretty neat design as well, and it appears that Modpacer went all-out on explaining that design. 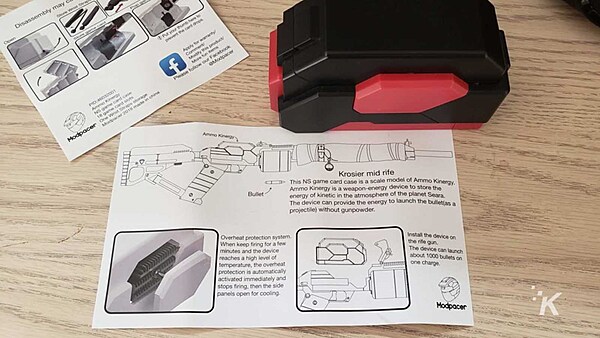 Believe it or not, purchase of the Ammo Kinergy will come with two pieces of literature. One piece will give you details on how to use the case. The other is a sheet that is filled to the brim with lore surrounding the Ammo Kinergy. It appears Modpacer has created an entire backstory for this accessory, which is pretty wild. Check out some snippets from the lore below.

This NS game card case is a scale model of Ammo Kinergy. Ammo Kinergy is a weapon-energy device to store the energy of kinetic in the atmosphere of the planet Seara. The device can provide the energy to launch the bullet(as a projectile) without gunpowder.

Overheat protection system. When keep firing for a few minutes and the device reaches a high level of temperature, the overheat protection is automatically activated immediately and stops firing, then the side panels open for cooling.

Install the device on the rife gun. The device can launch about 1000 bullets on one charge.

According to Modpacer, the Ammo Kinergy is meant to slot into some sort of futuristic gun. Why on earth create such a rich backstory for a Switch accessory? I guess it gets people talking, which is exactly what we're doing!

I believe there is only one proper response to this...
https://images.app.goo.gl/KYfYq8JfVC3MkcHz6

I can't wait to use my switch cards as bullets!