European eShop downloads for the week of July 16th, 2020 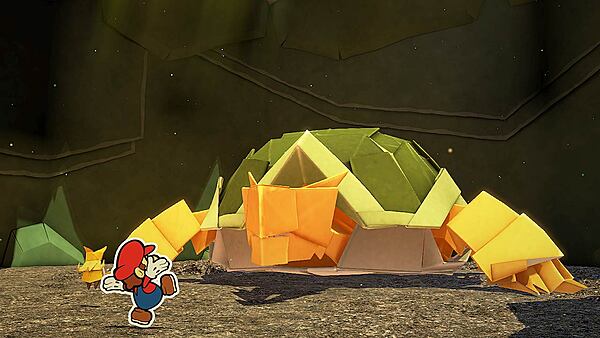 Mega Party A Tootuff Adventure (Microids, 14th Jul, £26.99 / €29.99) - The day before school started back, Tootuff heard that it was possible to clone sheep by selecting the very best specimens. Terrified about the idea of being infinitely duplicated, Tootuff shares his concerns with his friends. Fortunately, Hugo always has a solution. If only the best are destined to be cloned, you just have to be as naughty as possible to avoid being chosen.

Warhammer 40,000: Mechanicus (£34.99 / €39.99) - Take control of the most technologically advanced army in the Imperium - The Adeptus Mechanicus in this critically acclaimed turn-based tactical game. Your every decision will shape the missions ahead and ultimately decide the fate of the troops under your command in over 50 hand-crafted missions, including the amazing Heretek DLC missions. Choose your path carefully - the Imperium depends on it.
Switch eShop - New Releases

#Funtime (The Quantum Astrophysicists Guild, 16th Jul, £10.11 / €11.24) - #Funtime is an explosive twin-stick shooter where shooting isn't your only weapon. #Funtime combines traditional twin-stick shooting with a unique coloring mechanic. Earn bonus points by coloring the playing field and exploding enemies that cross your path. Persistent ship upgrades allow for lengthier runs filled with even more mayhem. Fast and fun gameplay will have you coming back again and again. #Funtime Features: Over 50 challenging levels, all with their own leaderboards 8 distinct battle modes Unique color swapping mechanics Deep scoring system and replayability Original soundtrack with beat-synced levels An extremely Funtime!

BOSSGARD (SandSailorStudio, 15th Jul, £12.99 / €14.99) - WHO’S THE BOSS? It’s finally you! One big, bad, player-controlled Boss goes against a team of Vikings, each with special abilities. Enter BOSSGARD, a hectic 1v2, 1v3, up to 1v5 bossfight multiplayer game in which you get to crush your friends as THE BOSS. You can also fight in viking vs viking FFA or TDM formats.

Caretaker (Playstige Interactive, 16th Jul, £7.19 / €7.99) - You’re an investigative journalist who is “hungry” for a flashy news story. You heard the news of one caretaker in this industrial facility who has gone insane and killed all of his co-workers. Now, the urban legend is that this “caretaker” has returned to this industrial facility and people has seen this “monster back to life”. You want to uncover this myth. You are hungry for truth and maybe this caretaker is hungry for something else.

Explosive Dinosaurs (Flynns Arcade, 16th Jul, £6.99 / €6.99) - The main objective of this game is to DESTROY FRIENDSHIPS with PURE COMPETITION! ! (We shall not be liable if you end up having FUN) Up to 4 PLAYERS in just one TV, only buying the game ONCE!

Golf (Sabec, 16th Jul, £8.09 / €8.99) - Golf is an open-world 18 hole golf simulator game, which you can either play alone or with another player. Using our unique ball hit engine you decide on the exact point you want to hit the ball giving you a more realistic golf playing experience. Choose between four different golf clubs (driver, iron, wood and putter) which all have different power levels, view the PAR of every single hole on screen and you can move to any hole to practice. Golf is play-as-you want endless game, which will give you hours of fun anytime, anywhere.

Home Run High (Kairosoft, 16th Jul, £11.69 / €13) - Can you lead your high school baseball team to ultimate victory? It might be a small after-school club now, but with the right training, even the sky isn't the limit for this team! Train players by assigning them practice drills. You choose what they need to focus on, such as batting or pitching. Install batting cages, showers, or other facilities to make life better for the team. A good environment makes for more effective training! School life is not all about sports, though. Studying is just as important, so make sure to construct educational facilities to upgrade the school. House students in a dorm and they'll have more time for both studying and baseball practice! Pick your best players for the team and test their skill at tournaments.

Neon Abyss (Team17, 14th Jul, £15.99 / €19.99) - Featuring unlimited item synergies and a unique dungeon evolution system, each run diversifies the experience and every choice alters the ruleset. Get ready to unleash hell! Evolving Dungeon With each run, you will be able to unlock new rooms, items, bosses, special rules and even new endings! This means each dungeon is unique and expandable, being tailored to your own specific playstyle. Unlimited Item Synergies As you progress through each dungeon, random item drops will be key in helping you infiltrate the Abyss and these passive effects can stack between every item. With no limit to how many can apply; a wide variety of combinations will make each run unique. Mini-games Take a break from slaying minions and take part in mini-games that will also bag you some loot! Jump into Piano Performances, Meditation Challenge, Dance Competitions, and more! - Read our Neon Abyss review

Never Breakup (indienova, 16th Jul, £7.19 / €7.99) - Never Breakup is a relaxing family game for two players. Play with your friends, lover, or even parents—it is tons of fun for both young and old alike. Players are transformed into ball-shaped animals and then bound together with an elastic rope. It is time for you to test your bond. You will face obstacles and puzzles that will test your skill, cooperation and coordination! Features: Plays like a classic platformer and comes with meticulously crafted levels designed for two players! Naturally, solo becomes ever the more challenging as you will have to control two characters at once.

Neversong (Serenity Forge, 16th Jul, £13.09 / €14.49) - Upon waking from a coma, Pete's sister is nowhere to be found. Investigate the screams coming from the heart of Black Wood, the increasingly violent behavior of the grown-ups, and the strange truth about Pete's past in this hauntingly dreamlike fable. Explore haunting, illustrative levels. Fight your way through hordes of spiders, monsters, and bloodthirsty grownups with your barber's blade. Join your quirky childhood pals and trusty pet bird on an adventure to discover the truth about your recent coma.

Pangeon (Ultimate Games, 14th Jul, £7.19 / €7.99) - Fight your way through to the bottom of the so-called Pangeon - an organization located in a dungeon that we know very little about (well, except the fact it contains something that has the potential to destroy the entire planet Earth) - eliminate the evil, and save the World from a potential tragedy. A mix of many roguelike games combined into a fun (although short) experience8+ levels, various in looks, enemies and loot10+ weapons to use - ranging from daggers, swords and ending on magic staffs, bows, etc

Power Racing Bundle (£15.29 / €16.99) - Enjoy 2 games in 1 with this irresistible speed games pack!
Speedway Racing: Get ready to feel the speed! In Speedway Racing, you will enjoy the fastest, most spectacular races at over 350 Km/h, avoiding multiple collisions against 20 rivals. There are several modes available, including Championship, Arcade and 4-player multiplayer. WildTrax Racing: Get ready to feel the wild! In WildTrax Racing you will enjoy the wildest and most spectacular races in natural environments. You will have several game modes such as Arcade and 4-player multiplayer.

REZ PLZ (Graffiti Games, 15th Jul, £10.79 / €11.99) - REZ PLZ is a pixel art puzzle platformer with a new twist on co-op and single player gameplay: Kill your brother to solve puzzles and conquer dungeons. Join apprentice wizard brothers Arcan and Zeph as they fight the forces of Dark Arcanum armed with little more than the Resurrection Scroll, a tool they can use to bring each other back to life. As you progress, you will unlock new spells that grant diverse abilities to conquer the increasingly difficult challenges ahead.

Starlit Adventures Golden Stars (£19.99 / €19.99) - Go on epic adventures that will have you explore fantastic worlds, fight nightmarish enemies, collect dazzling treasures, and solve brain-teasing puzzles using an array of Special Suits! Join Bo & Kikki for single-player or multiplayer fun anytime! Take on this family-friendly, vertical scrolling adventure with up to three friends as you try to save the Starlits and recover all the stars taken by Nuru.

Tales from the Dragon Mountain 2: The Lair (Ocean Media, 16th Jul, £8.99 / €9.99) - It has been years since brave Mina Lockheart defeated Lord Strix. But dark shadows are rising once again! Spirits are restless! For he has awaken! Evil Lord Strix is breeding a new army to enslave all creatures from the Dragon Mountains! It is once again up to Mina and her best friend spirit Malik to travel to distant parts of the world and find clues how to open the passage to a hidden wasteland - Lord Strix's lair.

Tanky Tanks (EpiXR, 16th Jul, £5.99 / €5.99) - Tanky Tanks is an intense, fast-paced tank shooter game. It is fun, easy to learn and addicting. Play alone, together with friends or against your friends and show your navigation and reaction skills in 6 different game modes and countless levels. It’s fast. It’s fun. It’s addicting. Deafest the enemy tanks while dodging their deadly bullets. Improve your aim and maneuver skill while war itself is trying to end your adventure. Level by level the enemies tanks get faster, smarter and deadlier. Can you make it to the end and defeat their leader?

Ultra Hat Dimension (£4.99 / €4.99) - Ultra Hat Dimension is a puzzle game about adorable hats and people getting punched for wearing them. The catch is that the player can't punch anyone; instead, they must use the power of hats to convince others to do the punching for them. Find and defeat the Spluff responsible for all this chaos! Explore through the levels of the majestic Spluff Palace to find and defeat your arch-nemesis!

Waifu Uncovered (eastasiasoft, 16th Jul, £4.99) - Eight beautiful maidens are under threat of alien attack. Their lives and the fate of the world now rest in your hands. In this simple yet rewarding shoot’em up, take command of multiple ship types, each balanced for a different play style, and blast away clothing that’s been deeply infected by a deadly virus. Evade and destroy enemies as they feverishly work against you, team up in multiplayer or bravely battle alone to save the girl of your dreams.

We should talk. (Whitethorn Digital, 16th Jul, £5.59 / €6.19) - We should talk is a short-form narrative game that will make you think carefully about the words you choose. Can your relationship survive the night? Using a unique narrative choice mechanic, players craft sentences in response to the in-game characters in We should talk. Through this careful choice of words, players express themselves as they discuss ongoing problems about life and romance with their in-game partner over text messages, while also chatting with friends and strangers at their favorite local bar about what’s on their mind.

I'll be picking up a PHYSICAL copy of Paper Mario. Never been a huge Paper Mario fan but I'm a slave to first party releases. Now give us All Stars 2!

Just paper mario for me this week! Writing this 15 minutes before it unlocks, but I think I'll just listen to the title screen music and go to sleep then properly start it tomorrow.