Fans are trying to decide if Paper Mario: The Origami King has snuck in a rather NSFW joke 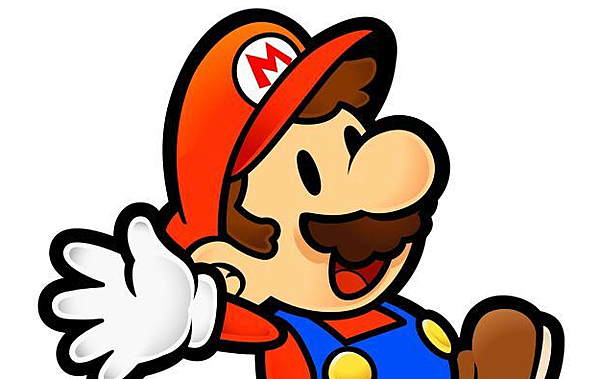 Fans around the world are diving into Paper Mario: The Origami King, and they're exploring every nook and cranny of the adventure. That includes collecting various hidden items and statues along the way. It's one of those items that has some fans thinking Nintendo is making a bit of a dirty joke.

Whether you find this kind of humor offensive or not, we'll keep the details after the jump. Click through at your own risk! 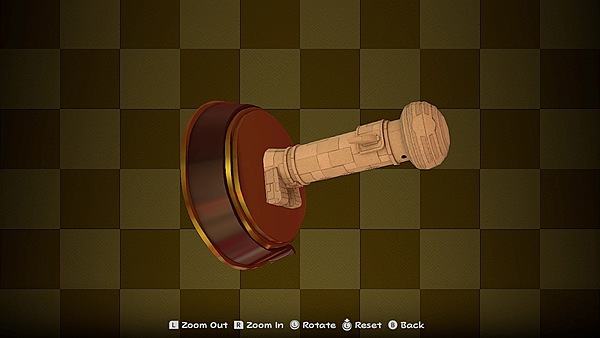 One of the statues you can find in the game is a replica of a 'Desert Tower.' You can see that statue above, turned to a very specific angle by the player. I'm sure I don't have to spell it out for you, but the orientation of the image above makes the statue look a bit like a penis. Now that alone isn't proof of any dirty joke. It's just a player spinning the item to make it look a bit suspicious. It's the listing of this item that has people talking. 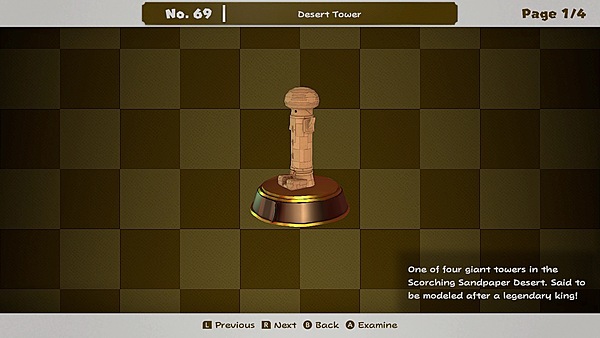 As you can see, the statue is supposedly modeled after a legendary king. Some people are taking that as a tongue-in-cheek reference to the King's manhood. Along with that, the statue just happens to be labeled number 69. If that's not a reference you get, I'll let you look it up on your own.

The Paper Mario series certainly has it's sly references and more adult jokes, but they're very carefully worded. The one-two punch of this statue above would definitely be more in your face than Nintendo's usual nods. Do you think this is just a case of fans reading into things too much, or did the localization team really go this far?

I think it's fans reading into things but it IS pretty funny.

Typical dirty-Disney conspiracy theory BS. If it's modeled after a king, why does it hafta be the king's dick? Why isn't it just as easily an arm, or *gasp* HEAD?! Cause that's obviously what it is. It has friggin eyes and a mushroom cap like all Toad heads. I swear, people see what they want to see in spite of the evidence, and they want to see controversy. Not everything vaguely phallic is meant to be a hidden cock. Grow up.

I wouldn't even say that it's vaguely phallic. It certainly is. Even two protrusions at the base. It could be somehow unintentional, but it doesn't change anything

Ironic coming from someone who chose TanookiMike for their username...

Undoubtedly phallic with a mushroom head....🤣

Unintentional, because a company like Nintendo doesn’t do these kind of things, but funny none the less. Unless you count Tanooki Mario...

Reminds me of the weather reporter who inadvertently drew a similar shape on a weather map on live TV....only he realised too late what he had done.

As far as I know the similarities between penises and mushrooms are pretty commonplace in Japanese culture (nothing sexual [intercourse specific, I know a sex organ is inherently sexual, but i digress], just recognizing similar shapes). I don't want to get to far into it but, suffice to say, Mario's association with mushrooms is not considered sexual and at the same time mushrooms never cease to be phallic. Just look up the matsutake mushroom... 🍄

Really, everyone? Really? Like there is any doubt that this is a sexual innuendo joke? It's a mushroom. It's labeled 69. It has balls. You don't spend hours modeling something that accidentally looks like a penis and not know it. There is no other shape that it resembles. The proportions are all wrong for anything other than a Pez dispenser.

And you also can't act like Nintendo is one entity and based on their history, this isn't a sexual joke. Nintendo is made up of many individuals. This kind of thing is VERY commonplace. It's weird that you would logically try to conclude that this was a mere coincidence.

People have been in quarantine too long

the statue just happens to be labeled number 69

It would be from NoA if it was intentional, but I don't think it was.

Penis or not, intentional or not - I would say that most of all this is super harmless.

"Trying to decide?" Are you kidding? It couldn't be more obvious.

Its No.69 for crying out loud LOL

I can see the" figure", but I'm not knowledgeable enough to say it was intentonal or not. But I want to say this.

"Fans are trying to decide..."


That would mean people are actually playing the game rather than criticizing it for what it isn't. But I digress.