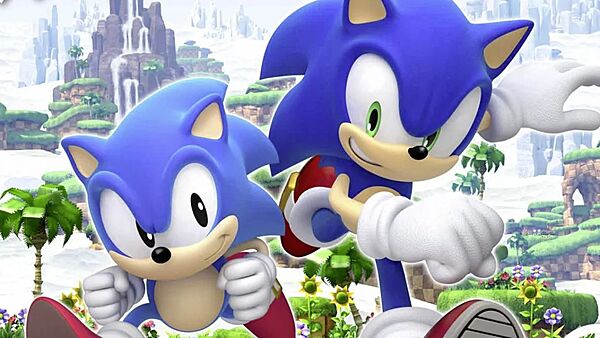 If you grew up with Sonic since the very first game, you're probably a big 2D Sonic fan. If you jumped into the series with Sonic Adventure, you probably enjoy the 3D outings more. While Sonic fans certainly appreciate both sides of Sonic, most have a style they favor over the other. Whatever version of Sonic you like better, no worries. SEGA has plans to support both of them.

In an interview with Otaquest, SEGA's Takashi Iizuka talked a bit about 2D and 3D Sonic. He makes it clear that both are very important to SEGA, and they plan on paying attention to both moving forward.

Not much time has passed since the distinction between “classic” and “modern” was made, in fact, it was since 2011’s “Sonic Generations” title. Even before that, in addition to the main 3D series, there was a high demand for the 2D action games such as the Sonic Advance series, so we revived the old Sonic as Classic Sonic for the 20th-anniversary title, Sonic Generations. We initially thought that it would be a 20th Anniversary project only, however after that we had a strong demand for a new classic Sonic standalone title, that became 2017’s Sonic Mania. We would like to take good care of these two very popular iterations of Sonic’s in the future.

Wasn't there supposed to be some big Sonic announcement every month this year?

Loved Sonic Heroes on the GameCube and Sonic Colors on Wii. Those are probably the best 3D Sonic titles.

Well, they know who to go to now if they are serious about making good 2D Sonic games at least. I'm a lot more skeptical about 3D Sonic games as long as Sonic Team keeps making them. Good games from that studio are the exception these days.

If Takashi Iizuka is in charge of the new game, you can expect it to be a big disappointment unless the actual staff behind Colors and Generations are working on it.

I think Sega should be throwing money at "Sonic Mania 2" and making sure another Sonic film gets made. I'd like the next 3D Sonic to appeal to everyone, not just Sonic fans.

All Sega ever does is talk talk talk.

Never do they actually put into practice what they preach. It is pretty tiresome at this point.