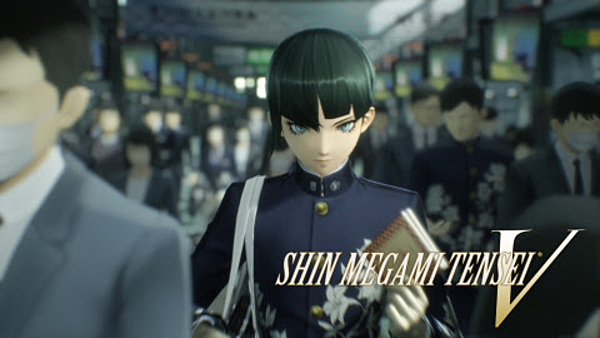 Highlights of the debut showcase include details about two new games in the popular and acclaimed Shin Megami Tensei RPG series – a high-definition remake of Shin Megami Tensei III, a beloved classic in the series, coming Spring 2021, and a new game in the main numbered series, Shin Megami Tensei V, which will have a simultaneous global launch on Nintendo Switch in 2021.

“With this new Nintendo Direct Mini: Partner Showcase, we are delighted to be shining a spotlight on great games from our development and publishing partners,” said Steve Singer, Nintendo of America’s Senior Vice President of Publisher and Developer Relations. “With multiple showcases this year, we can continue highlighting the breadth of games and the variety of experiences all types of players can get on Nintendo Switch.”

To view the Nintendo Direct Mini: Partner Showcase video in its entirety, visit https://www.nintendo.com/nintendo-direct/07-20-2020/. Some of the highlights revealed in the video include:

Rogue Company: A stylish new shooter lands on Nintendo Switch! Lay waste to opponents with an arsenal of weapons and abilities in this online multiplayer third-person shooter from First Watch Games. Clash with other players in competitive and casual game modes, or rise to the challenge against AI opponents that surely bring the heat. If players fall in battle, their teammates can revive them, letting them immediately jump back into the fray. Cross-platform play and cross-save are also supported from day one, along with support for motion-controlled aiming. More information about Rogue Company will be revealed later today!

WWE 2K Battlegrounds: The world of WWE is your battleground with all-new, over-the-top, in-your-face arcade action, as your favorite WWE Superstars and Legends battle it out in outlandish interactive environments. Both casual gamers and long-time wrestling fans will love the easy, pick-up-and-play multiplayer experience when WWE 2K Battlegrounds launches for Nintendo Switch on Sept. 18.

Cadence of Hyrule Season Pass: Three paid DLC packs are coming to the Cadence of Hyrule – Crypt of the NecroDancer Featuring The Legend of Zelda game, with the first pack launching later today!

Pack 1: Character Pack – In the first pack, five additional characters join the game’s ensemble, including Impa, who excels in ranged attacks with the Naginata weapon, and Aria, perfect for players who like a challenge. It’s game over if you take one hit or miss a beat with her.

Pack 2: Melody Pack – After purchasing this pack, 39 songs will be added to the game, including remixed versions of the game’s background music. Players can change the background music at any time so they can listen to their favorite songs while journeying through Hyrule.

Pack 3: Additional Story Content – Symphony of the Mask – Play as the mysterious Skull Kid and venture through a new map in the third DLC pack, complete with new songs and a new story. Skull Kid also possesses the power to change abilities based on the masks he dons.

DLC Pack 1 will be available to purchase later today for $5.99. The second DLC pack will be released before the end of October for $5.99. The third DLC pack will also be released before the end of October, and will be available for $9.99. A Season Pass containing all three DLC packs as they release will be available to purchase starting today for $14.99. People who purchase the Season Pass will also receive bonus costumes for Link and Zelda. A physical version of the game that contains the main game and all three DLC packs will launch on Oct. 23 for $39.99.

Details about the next Nintendo Direct Mini: Partner Showcase will be revealed in the future.

OMFG
Look at what made you barely sleep, lol!

Alright, now just drip feed us something like that every month or so and there won't be any trouble. Capisce?

I thought there would be nothing in this I cared about, but I'm pretty happy about the Cadence of Hyrule stuff. I figured Impa was coming, the rest is just gravy.