Nintendo shares a detailed statement on the impact the pandemic has had on development, says schedules may be impacted 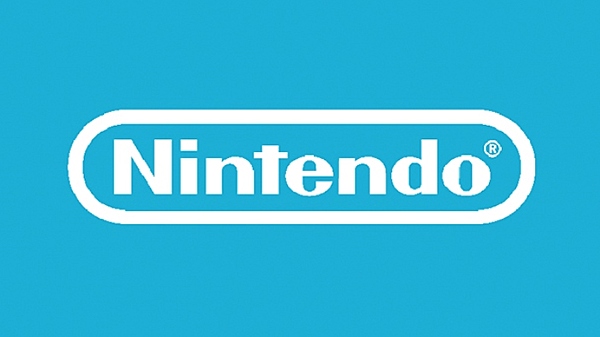 A few weeks back, we shared a statement from Shinya Takahashi, General Manager of Nintendo EPD, concerning the impact of the pandemic on Nintendo's development schedules. It read as follows...

While product development is a little behind schedule in some areas due to the impact of COVID-19, game releases planned for this fiscal year are currently not affected. However, if the impact of COVID-19 is prolonged or becomes more severe, we may not be able to release future titles in line with existing plans.

Thanks to Nintendo's 2020 Report, we now have a more detailed explanation of how the pandemic could make things difficult for certain projects to move ahead. Read the full statement below.

Development schedules may be impacted due to the difference in development environment between working from home and in the office since teleworking is implemented at the Company and its partners. As a result, we may not be able to proceed with the release of Nintendo products and the start of services as planned.

Nintendo will continue to conduct business operations by taking necessary measures so that it can continue to provide an environment in which consumers can enjoy its products and services, while giving due consideration to the health and safety of its consumers and employees

Now keep in mind that while Japan is moving more towards a return to normal, things aren't there yet. There's still work to be done and special precautions that need to be taken. The stress on Nintendo's work is easing, but hasn't returned to how it was before the pandemic. How this all impacts specific titles and projects remains to be seen.

I had a feeling something's off even before the pandemic. Only five games released so far, only one of them a Mario branded game, and nothing announced besides the two long term titles Zelda and Metroid (okay, and Detective Pikachu) ...

I think Nintendo's problem might be bigger than they like to admit, but then again, it's all speculation. We can only wait.

The health of the employees is more important than release schedules anyway.

But people were telling me Nintendo wasn't affected! /s

My guess is that it’s less development impacted and more localization impacted. Japan shockingly did everything wrong with combatting COVID, yet they got through it with minimum casualties and cases. They’ve been out of state of emergency since early June.

Since everything has a global release nowadays, making sure the Western launches are all set must be a nightmare. All the translation work, getting the dub studios to get the VO done, western developed games (Retro, Next Level, etc), any and all marketing including the usual discussions with retailers (which usually happens at E3 or a retailer con like the GameStop Managers Expo - all cancelled) and marketing supplies (recording trailers and commercials, ad posters, etc) all gotta have a huge wrench in the machine. Bill Trinen isn’t making his daily quarantine tweets anymore as are other employees, so I’m guessing the NOA offices are back up and running. Copy/paste all that for Europe too, and they have to worry about it on a country by country basis.

Pretty much this. It just makes me wonder how Nintendo could release their games to the west in the future. Even if Japan is fine, the other countries are still struggling with the pandemic.

Well this is good communication.

When they said a few weeks ago

but at his point, there is no impact on the software release schedule for this term.

you've got to know that fans are going to take that a certain way, from what I say, most took it very optimistically.

This response, while it goes back on the previous statement and may dishearten some, is honest and hopefully will allow Nintendo fans to chill out for a bit longer while we wait for situations to improve and software to come out when it's all ready to go.

Well thank God this year hasn't been affected...all ZERO games coming out from Nintendo to the end of this year. Please announce games sooner rather than later.

Well get a direct in september. Like every year.

I had a feeling something's off even before the pandemic. Only five games released so far, only one of them a Mario branded game, and nothing announced besides the two long term titles Zelda and Metroid (okay, and Detective Pikachu) ...

I think Nintendo's problem might be bigger than they like to admit, but then again, it's all speculation. We can only wait.

The health of the employees is more important than release schedules anyway.

I agree that it might be different from what they are reporting. However, if you don't count 2017 since the Switch launched in March, the first half of both 2018 and 2019 were relatively bare.

Every year between January and July there was only one new Mario branded game.
This year we at least only got one port, because two were remakes and three were brand new.

We also have to consider that besides the pandemic (which is a huge problem on its own), Nintendo is going to compete with software against the other two releasing brand new hardware. Fortunately the Switch is having its best year in hardware sales, the new games are selling really well (just Animal Crossing makes it the best in terms of sales in the first half of the year), and the evergreen titles keep selling.
Sony has already announced their PS5 games for launch, 2021 and even some for 2022. Microsoft is showing their first party offerings this Thursday. So Nintendo can sit back and watch them show what they have to offer and then finalise their plans for the end of the year.
Does it annoyed me not to know what games we will be playing this holiday? Yes. But from a business point of view it makes sense for them to wait.

We were all waiting for a Direct far before Covid. No Game Awards Announcement? No Janurary Direct? Nothing in Feburary? Still no in March?

Animal Crossing was their only game we knew about for 2020 even before all this happened.

Good of them to clarify openly. Should’ve said this originally, of course. Video games are difficult. Crazy number of moving parts