GoNintendo Thought: What are you playing this weekend?

It's the weekend, gang! We made it through another one. Let's spend a tiny bit of time talking about what we're going to play, and then spend a TON of time playing! As always, thanks for reading. 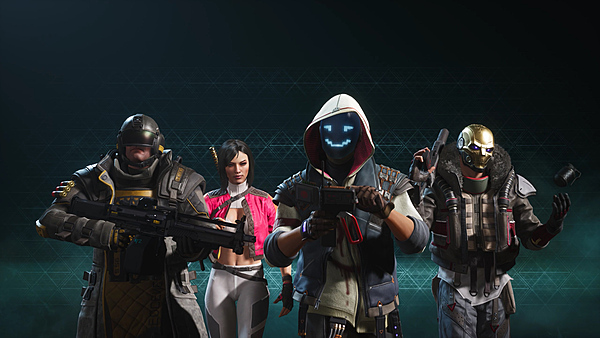 I don't know about you, but I'm ready for the weekend. Truth be told, I was ready for it when I woke up Monday morning! I have a feeling plenty of other people felt the same way. Well, we've made it to those glorious free days, and hopefully all of us can find some time to play something! Here's what I'll be spending my time with.

I'm pretty sure I'll be spending the bulk of my time with Rogue Company this weekend. I really had a blast with the alpha, and I'm eager to get more time with the "closed beta." Anyone can get in on that, by the way. You just have to pony up at least $15, and you'll be granted access. The free version is coming later this year. It's simple and straightforward, but it's fun and fast-paced. Really enjoying what I've played so far. 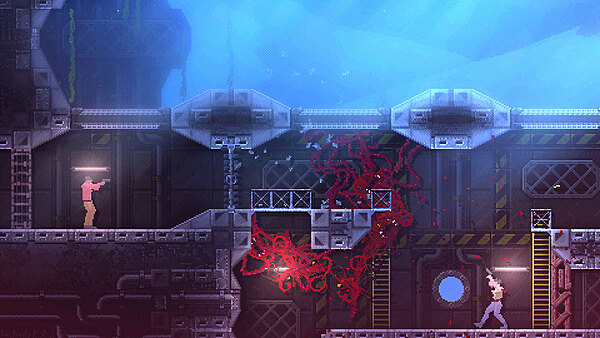 Been excited about Carrion for awhile now, but I haven't had the chance to play. I'll definitely be changing that this weekend! I love everything about this game. The look of it really tickles my fancy, the idea of playing as the monster seems like a ton of fun, and I love that you can take over humans and control them! I have no doubt this one's going to be a ton of fun.

That's what I'll be playing for sure, but some other stuff might sneak in there as well. What are you planning to spend time with this weekend?

Animal Crossing for the bug off, maybe some Coffee Crisis that I just purchased, and then maybe trying to finish up the original Star Wars: The Force Unleashed on the Wii again.

I've been debating on picking up Crysis, but am waiting on it for just a bit.

Witcher 3 and Death Squared. Having fun playing that with my girlfriend. Mario Kart or Mario Party could sneak in too.

Still occasionally plugging away at Shadow Hearts: From the New World. I've also been playing a little bit of The Frog for Whom the Bell Tolls aka Kaeru no Tame ni Kane ga Naru.

Really just hoping this weekend to be the best mix of productive and relaxing.

Majorly late to the party but I’m finally polishing off the last of Bloodstained Ritual of the Night. Great game!

I think I'm near the end of BioShock so might try and finish that off. My girlfriend and I finished Pode last weekend so I'm on the lookout for another co-op game.

EDIT: Found one - Ibb and Obb.

The Pokemon GO Fest is this weekend, so I am indulging in that. Oh, can't forget Animal Crossing Bug Off either... I got Atelier Ryza and MArk of the Ninja on sale too!

Lots of Paper Mario for me! It's been super fun so far.

I might try Fantasy Strike but it's more likely that I'll continue Pandora's Tower.

Still waiting to have a surgery, had a CT scan that didn't reveal what they wanted and now they have me going in for an MRI on Wednesday. Silver lining: more time to go through my backlog, perhaps this weekend I'll finish Vostok Inc....

Spoiler
finished a couple since i wrote this last week...
I mentioned several weeks ago on the podcast discord that i have an inguinal hernia. I am STILL waiting on the surgery and it has increased my anxiety tenfold. So, with excess time and insomnia I've been going through my backlog and trying to finish games that were all but complete before some other game distracted me. Vostok Inc., and Megaman 11 are probably the closest to done but Celeste, Hollow Knight, The Way Remastered, Grim Fandango Remastered, Crypt of the NecroDancer, South Park: The Stick of Truth, Kero Blaster, The Deer God, Cuphead, Starman, Luigi’s Mansion 3, , GRIS, Blossom Tales: The Sleeping King, Fe, Runner3, Octopath Traveler, Ape Out, Night Trap - 25th Anniversary Edition, Yono and the Celestial Elephants, FAST RMX, Hive Jump, The Messenger, Katamari Damacy REROLL, Shape of the World, Donut County, Deep Ones, Lifeless Planet, and InnerSpace (and more...) are all staring at me with disdain from my abyssal backlog.

Crysis - a great conversion with some great lighting! Looks quite good!
Animal Crossing - my girlfriend and I have been working on improving our island
and a bunch of retro games - Genesis, Dreamcast, Saturn, etc...

Picked up CrossCode but the performance issues are really bugging me- they don’t make the game unplayable at all but they’re irritating enough that I think I’m going to put it down until they patch it. I’ll play some more over the weekend and see if it improves but so far it seems like a great game marred by some annoying technical issues on Switch.

Other than that, Muramasa on Vita. Absolutely gorgeous game, really deserves a Switch port!

Mostly just Animal Crossing: New Leaf and South Park: The Stick of Truth.
I've had South Park for a while but starting it now kinda made me feel better about choosing to play a game in my backlog instead of buying the new Paper Mario, because this almost feels like a Paper Mario game for adults.