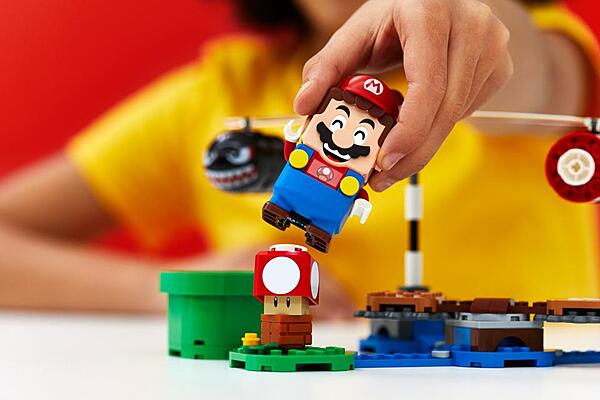 Charles Martinet, the voice of Mario, did a bit of special work for the gang at LEGO recently. In an interview with Nintendo Life, LEGO's Jonathan Bennink revealed that Mr. Martinet was asked to record some new Mario dialog for inclusion in LEGO Super Mario.

"We had Charles Martinet record a few special lines. It was a cool moment when we received a sound file from the voice of Mario, specifically made for us! But I think Nintendo strikes a really nice balance between making sure that it's IP approved, but also they care about the end-user and the fun in it a lot."

Nice to know that both LEGO and Nintendo went the extra step here to ensure that LEGO Super Mario really does feel like part of the Mario universe.