Swery said he had 'no say' in Deadly Premonition 2 being a Switch-exclusive, he was just happy to make a sequel 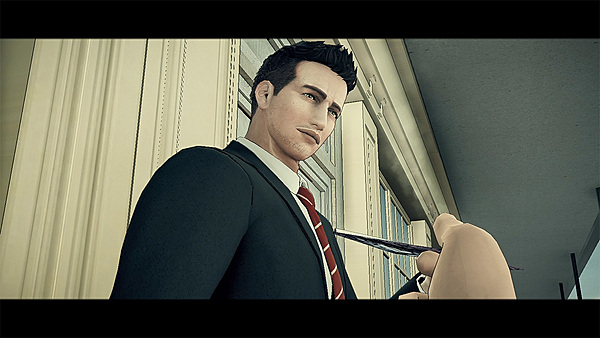 Swery is the creator behind the Deadly Premonition series, which just saw Deadly Premonition 2: A Blessing in Disguise release on Switch exclusively. Wondering what made Swery bring the game to Switch? In an interview with NintendoEverything, we find out that the decision actually had nothing to do with Swery!

This may seem different from how you imagine it, but the director of a game has no say in what platforms a game is released on. That is decided upon by the producer and more ‘important’ (LOL) people. All I can say is that: “Platform doesn’t matter to me – all I care about is whether or not I have a chance to make a game. This time, I got the chance to make DP2 on the Switch. How could I say no to that?!”

I’m guessing you haven’t played the first game, have you? The first game was also half-assed in the technical department. However, I still enjoyed it.

Note: Obviously I’m not okay with it. In fact, I’m waiting for the next patch to purchase the game.

I haven't played the first game, but I do know Digital Foundry holds a bit of an issue with the statement that the first game having huge technical issues. The original Xbox 360 version runs at 30fps nearly all the time. I think the PS3 version runs worse, but not nearly to the level of the second game.

They go over it in this video if you're interested in looking further. I'm not trying to start an argument or anything, I just watched this the other day and found it interesting.

That is true, but mainly because the original Xbox 360 was literally an up-resed PS2 game (Deadly Premonition was built for PS2 but they ended up canceling it and porting it to X360). The PS3 version had proper HD models and textures but that version runs the worst. And then comes the PC version, which is considered to be the worst port of the game because that version crashes constantly. In all fairness, all versions of the game suffer from random crashes and game breaking bugs (even the Switch version, which I played).

You’re right though, the frame rate in the first game is better, but I was talking about other technical issues, mainly crashes, random bugs, and graphical issues. For example, I had nearly 10 crashes during my 55 hour playthrough on Switch.

And no worries! There is no need for arguments really.

Directors sometimes have a say to what platforms they on. He just seemed desperate to make a sequel he would have agreed to anything which is perfectly fine.