The original No More Heroes rated for Switch release in Taiwan 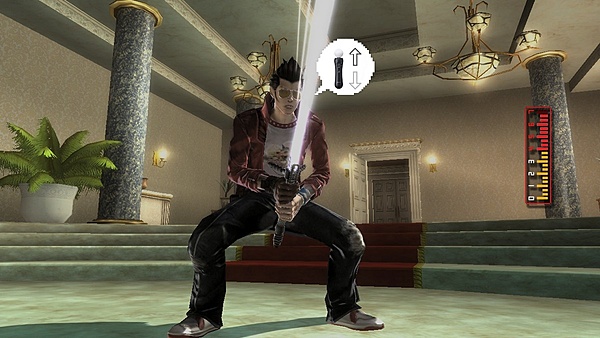 Suda51 has been saying for months now that he wants to release the original No More Heroes for Switch. It looks like he's finally made it happen.

The original No More Heroes from back in the Wii days has been rated for Switch release in Taiwan. The Taiwanese ratings are always a good indicator of games that are going to see worldwide release, so I'd say this is a done deal. Hopefully we get an official announcement soon!

Oh I am so happy to hear this. Hopefully it is a remaster so more people take notice.

I predict NMH3 is delayed til next year, but we get NMH1 and hopefully 2 remastered this year. I really hope it's both games.

Oh great, I always wanted to play this one but I can't find the Wii version at a good price.

Thinking on it, I don’t know if I actually enjoyed the No More Heroes games or was just desperate for something to play on Wii. I have a feeling they would hold up poorly now.

I just replayed the first hours of it, and it's still as good as ever. The main "philosophical" theme of questioning the motivation of video games is less original today, but that also makes it more clear and made me appreciate the impact it had on many games that came after. Too bad the joycon don't have speakers like the wiimotes!

I own the PS3 version, though I did beat the Wii version first.

I wouldn't mind giving this another play through.
I've been playing Travis Strikes Again: No More Heroes and it just isn't the same. It's quite bad, actually. I like the humor, but that alone can't save it.

Yes please! I’ll take the second game too but only if they fix that last boss. Never finished it because that fight was just an absolute joke. Skill had no involvement in it; if you were unlucky enough to get hit once in the wrong place it was game over. Sucks that that’s my main memory of what was overall a great sequel.