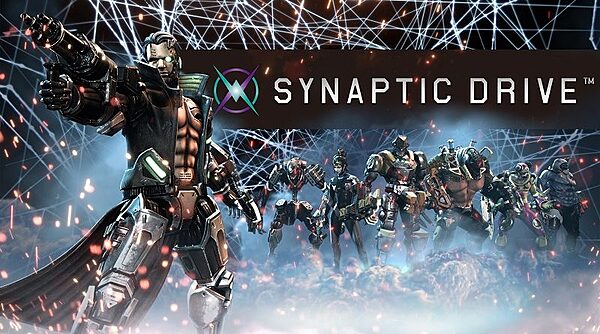 A sizable update is now available for Synaptic Drive. Check out full details on the patch below.

– Now you can choose your server region for online matches
We have received many reports on the lag issues for online matches and as for the temporary fix to this, we are going to grant users to choose their server to join.

– Wrong arena selection
– There are no second colors for Vedvar and Tim but a message pops up as if such color variation would exist. These misleading messages would not be shown.
– After a player surpass Lv.99 and reaches to Lv.5 for the second time, a message was shown as if the online matches are now open. This message will no longer pop up.
– In some cases in 2 vs. 2 modes, winners and losers are flipped over; meaning winners are considered to be lost and vice versa.
– Some effects of guns are wrongly replaced with other guns.
– In some case, melee and the ultimate attack setting are not reflecting one’s selections
– Frame skipping issues during training.
– Detonation sound is played when the wire detonation button is pressed even though a wire is not fired.
– Camera and BGM are reset in some situations during a battle.
– When using a controller and mouse at the same time, and also “release right click” was set for wire detonation, detonation button for controller became dysfunctional.
– When an AI challenges a player in the online modes, previous arcade mode’s equipment combos are set.
– Rival certificate rate exceeds 100 million in some cases.
– A character was able to stand on top of the outer wall by a combination of specific weapon explosion and technique.