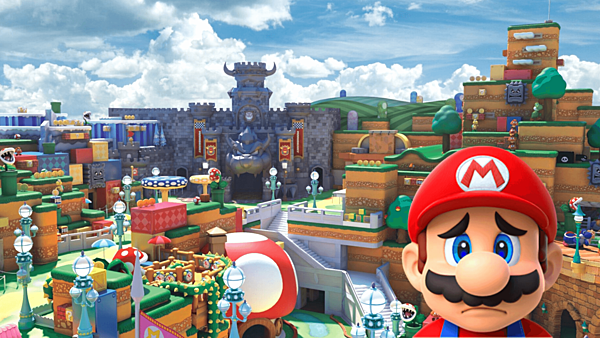 While Super Nintendo World is moving ahead at Universal Studios Japan, there may be some major trouble for other versions of the park in the future.

The company specifically said that they're "continually adjusting cost base and capital, including pausing development of Epic Universe project in Florida until the future becomes more certain.”

Without Epic Universe going forward, it's hard to know what will happen with Super Nintendo World outside of Japan. No mention of progress for the Hollywood location was mentioned, so perhaps that's continuing as planned. Hopefully the company is able to turn things around once the pandemic is officially behind us, and all versions of the park outside of Japan can proceed as originally announced.

Silver lining.... One less reason to ever go to Florida.

Craaaaaaaaap. I've been REALLY hoping it would reach the states.

Universal Studios Hollywood’s Super Nintendo World is still in the works, so don't worry about missing out too much, thankfully

oh no! i wanted so much to visit the Super Nintendo World of Florida if one day i visit USA again.

So long as you have politicians who choose not to believe in science and favor economy/money over health and human lives, this will continue to happen.

We could have had this contained by now.
But, Florida (and the USA) being itself, COVID isn't going anywhere.

I work on the Universal Studios lot and my parking garage is literally right next to the Nintendo World construction. Although I've been working from home the past 4 months, people I know there who still are going in tell me they're still working on it. It was decently far along as far as foundation goes when I left to work from home, though.

BIGGUMBY that's very interesting. From what we know, and the interest it's gathered so far, I'm almost certain this venture is gonna be an uphill battle for Nintendo. My personal opinion, is that it's going to be a little disaster. Thankfully, Nintendo isn't doing it by themselves, and so they're not gonna be taking the blow alone.