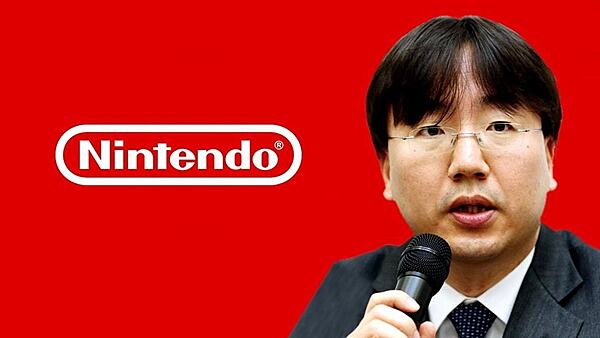 Nintendo will be sharing the results of their Three Months Earnings Release for the current fiscal year on Thursday morning (Wednesday night in the states), and it'll likely be quite impressive. While the official numbers haven't come in, a group of analysts have pooled their data and research to come up with the following projections.

Nothing surprising. It's great news for Nintendo, especially with new systems on the horizon.
It could be bad news for us, because if they feel they can release fewer games this year and still sell like crazy, it would make sense for them to do so.

I believe we can get at most, a big game in October. Because launching anything this November is just insane.

The world could really turn one way or another this November.

It could. But not only there's the Series X with Halo, PS5 with Miles Morales, but also Cyberpunk 2077 and Assassin's Creed Valhalla. Not counting other launch titles that have yet to be announced. They can release something in October when it's relatively quiet and let the bloodbath of November happen while they enjoy the popcorn.

We all know Nintendo would announce at least a big title had E3 2020 ever happened.

I have a feeling they are taking their time (and strategy) to surprise us announcing within this month with a nice remake (Pikmin 3 or Metroid Trilogy or a Mario rmk) for September release and another big title for November (a new 2D Mario or Metroid Prime 4). And fill the other months with smaller titles.

If they manage to release Breath of the Wild 2 this year... wow, PS5/XseriesX better be prepared to behold and kneel to the REAL Switch power!

MP4 is a big no. We all know they had to start from basically scratch. They might show something, but the game is not coming this X.mas. And Metroid isn't really Nintendo's biggest IP either. Zedla on the other hand I could see coming. They have had a good deal of time and been reusing assets from BOTW. Just hope they don't make it linear again.

Hope that rumoured mini Direct is a coming, but not easy with MS and Sony working for (obvious) attention.

Damn what an ending for a gaming year this can be.

Basically what I answered the other person:
In November there's the Series X with Halo, PS5 with Miles Morales, but also Cyberpunk 2077 and Assassin's Creed Valhalla. Not counting other launch titles that have yet to be announced. They can release something in October when it's relatively quiet and let the bloodbath of November happen while they enjoy the popcorn.

I don't see them releasing BotW2 without a long cycle of hype beforehand, since they enjoy doing that with Zelda.
MP4 restarted development just over a year a half ago. Do wait on it standing up.
A New 2D Mario out of nowhere and coming soon? Never happened.

They did say they'll be showing several mini Directs, and I believe that. Just unsure what their big hitters might be. They have to do something big this X-mas to not get swallowed by the new systems.... Deja Vu? =D

I mostly agree. The question is if they truly need a big hitter. They have a much lower cost of entry, a large library of games, some of which are evergreen to the extreme, and the new big kid on the block that is Animal Crossing. Even if the Switch sold just as much as the holiday quarter of last year during this holiday quarter (which is unlikely since sales have increased YOY) they would still sell over double the first 3 months of the PS4. So there is the possibility they can get away with ports and remakes. I believe that adding more stuff to NSO, getting a bunch of Mario games on Switch should be enough for this year. Then in 2021 when the other consoles have a bit of a dry spell they can hit with Zelda and other cool stuff :D

Edit: Deja vu indeed. Or is it just a glitch in the Matrix?

If they can get BOTW2 for X-mas they'll be very so fine =) I think they do need at least one big hit and Pikmin 3 is not it. They should add a LOT to NSO since that' still the part people complain the most about.... Oh well... As said, there will for sure be more mini Directs and perhaps that September Direct is still a thing. By then MS and Sony SHOULD have shown us all about their new consoles... But I doubt it when looking at this silly game they are playing...

I loved the reveal of Pikmin 3 Deluxe. But the date really surprised me. It gives the idea that there's nothing new between now and the end of October. I don't see them competing directly in November. So we'd have just December

They could be looking at their sales numbers, their predictions for the Switch and for the other 2 and decided to do the least amount of releases that still guarantee sales and save BotW2 and others until next year. As a fan, that's a sad thought, but it makes sense business-wise.

As for NSO, we may get another content update for NES and SNES (which would be nice) + the addition of N64 so that people renew their subscriptions for another year. The good thing about the N64 is that it doesn't need a ton of games. If they add Mario Kart, Mario Party 2, Dr. Mario 64 and another multiplayer game, for instance, they'd have people playing them like crazy online.

Both Sony and Microsoft have shown amazing games, though with not much actual gameplay. From the actual consoles perspective, Sony never determines their prices publicly first. So I believe MS is playing coy on waiting on them as a strategy, which would be genius (and fun). And there's the rumoured less powerful system from MS, which I actually believe more now that they are announcing stuff like Halo's multiplayer being at 120fps. It will be fun to watch how this develops.

But I do agree that in September (at the latest) we'll be getting more news from first party, especially because it will be the time to renew NSO subscriptions.
Personal dream: the tag game from NintendoLand to be released as part of NSO

Again, they have said that there will be several more mini Directs and that's what caught my attention. Perhaps not much first party, but we got some SMT5 news last time, so HEll..We might get something cool soon (as there is a rumoured mini coming soon). But third party game might be what we get until Pikmin 3, but after that, for the holidays, they should have a trick up their sleeve.

N64 for NSO should have been a thing already. Oh well. Good thing I just got an N64 again. Also the GC needs more love, but I guess that will be an eShop thing, not an NSO thing because of the sizes, but you'll need a subscription to play them anyway.

My dream would be BAyonetta 3 for X-mas... but that's wishful dreaming, I know. But I am allowed to dream on! =)

I hope you're right about the third party support. That would certainly help

I agree that I'd like N64 to be on the service (also GB, GBC and GBA), but it makes sense to release something big around renewal time.

GC will always need and deserve more love. But yeah, the file sizes alone will keep it from NSO. And there's the fact that many have never been rereleased, so they can charge for each and make a bunch more money.

We're both dreamers, my friend. I'm still waiting for another Pokémon TCG on a Nintendo system, Sunshine rerelease and Final Fantasy Tactics to return

I don't care for the Bayonetta series, but I do hope it comes soon. That tease was waaaay to long ago

Switch is lower than the chart showed but they have a history of making lesser games than third parties.

Ok and? It still doesn't change that they make fewer games than the others overall.

1 question: where does it say they must release a certain amount of games per system, per year or whatever measurement you want to use?

Ok my bad on that part. Grammar correction aside though, it still doesn't change that Nintendo makes less games than the competition.

It doesn't say anything that Nintendo releases less games because as you said earlier, the staff that they have can only make so much to the point that they can only release fewer games. Now if they had more staff or if they open their IPs more to third parties, then of course they can make a lot. But history shows that they end up making fewer games because of their tight security with their IP.

Putting aside that the required staff for games has increased over time, let's talk about the number of games you showed. What do all those systems have in common? The numbers are their lifetime products for the most part. The only ones still getting games in that datapoint were the Wii U (may it rest in peace) and the 3DS. The Switch is just halfway through its life.

I won't have time now, but I'll go through that data later to show you how people are using incomplete data to paint the picture they want to paint.

20 million for Animal Crossing would be crazy. It would be well on it's way to being their best selling Switch game.

It all depends on how its sales will be each quarter starting next. Even if it reaches 20 million now, MK8D will be over 26 million and growing. It will be interesting to see the numbers go up and how they compare.

definitly a deja vu of the last year of wii u, no games, and then botw released, feels like how they will set up botw 2 too.