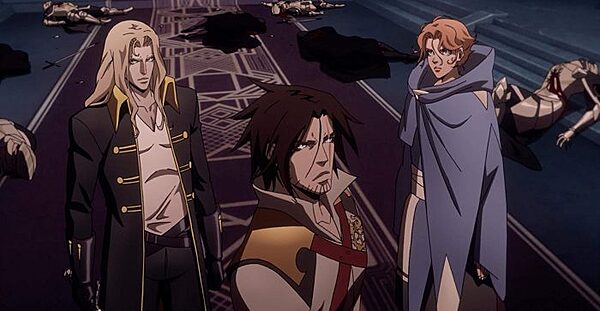 A lot of people came together to make Netflix's Castlevania a success, and that includes Warren Ellis, the comic book writer who handled the story for the first three seasons, as well as the upcoming fourth season. It seems Ellis' work might end there, though.

Ellis has been accused of sexual harassment and abuse by several women, which has lead to him being removed from multiple projects. While not 100% confirmed, it seems likely that Ellis will no longer be involved with Castlevania going forward. You can real Ellis' defense against the allegations below.

While I've made many bad choices in my past, and I've said a lot of wrong things, let me be clear, I have never consciously coerced, manipulated, or abused anyone, nor have I ever assaulted anybody. But I was ignorant of where I was operating from at a time I should have been clear and for that I accept 100% responsibility.

Best news ever. Maybe in the future the series will actually feel like Castlevania.

Yeah, his writing and take on the series has been one let down after another. I hated the third season with so much passion.

Remember that he's been accused, nothing is confirmed yet. Don't go assuming guilt before anything has been proven. I hope nobody here has forgotten the "Night in the Woods" situation, Zoe Quinn's accusations ruined a young mans life and later he committed suicide.

Be VERY careful when these accusations are brought up.