Who could have guessed that cats were popular?
07 August, 2020 by rawmeatcowboy | Comments: 1 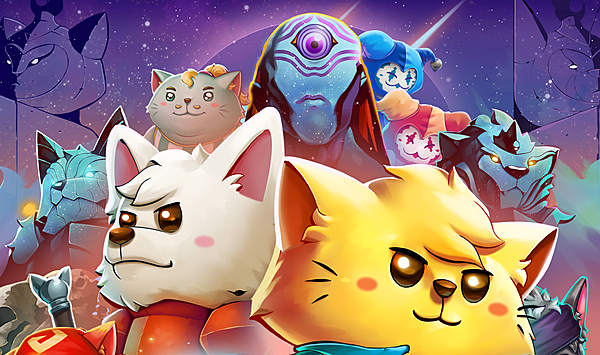 The Cat Quest franchise, of which there are two games available, have been quite the hit with fans. Across all platforms and regions, the franchise has managed to pull in over 1.3 million downloads. That's pretty fantastic for a brand-new series! Check out the full announcement of the franchise's success below.

With National Day just around the corner, Singaporean game developers, The Gentlebros, are proud to share the wonderful news that the Cat Quest franchise has broken over ​1.3 million paid downloads​ worldwide, and has generated the three-man studio earnings of over ​$5.2 million​!

“We are beyond thrilled that Cat Quest has broken into international markets so successfully, showing that locally made products can reach a global audience as well!” says Gentlebros co-founder, Desmond Wong.

With the Cat Quest games reaching the top charts in the United States, Japan and Europe, the series has also won multiple awards and even entered the Top Sellers list on the popular PC platform, Steam.

To further celebrate the series success, we have embarked on a partnership with popular homegrown lifestyle and collectibles designer brand, ​Mighty Jaxx​, to bring a series of limited-edition Cat Quest merchandise​ for fans! This will be one of the rare occasions a partnership like this is fully homegrown, showing that Singapore is capable of world class products! This capsule collection will draw inspiration from Cat Quest’s most iconic characters and we look forward to ​sharing more details soon​, so do look out for it as well!

And if all this wasn’t enough, a ​free major update​ to Cat Quest II will also launch on August 8th, 2020 as a thank you to all our fans who made this success ​pawsible​! Titled The Mew World​, this update will add many more hours of gameplay, new abilities, and weapons to collect! This update would be coming first to ​Apple Arcade​!

The Mew World update will be our biggest release this year, and marks a great new chapter in the Cat Quest universe! Here are just some of the ​im-purr-ovements​ and additions the update will bring:

This is the meat of the new update; a brand new mode that introduces hours of new gameplay. In this mode, players can select up to 8 ‘meowdifiers’ that change the game in drastic ways, making each new playthrough a fresh experience, and one that will no doubt challenge the player!

Want to travel around the world even faster? We’ve added the ability for your characters to now sprint! This happens automatically once you run for more than a few seconds, so you can now cover great distances much faster! Run, kitty and doggie, run!

We’ve added water enemies to the mix! These furr-some monsters will now make your travels across the Pawcific Ocean much more dangerous! Try fighting them and you might even find a new source of gold or exp!

We’ve revamped the Pawer Smash! Now this Royal Art lets you do a new, devastating attack that is unique to each weapon type! Simply roll and attack right after to trigger this new move!

The Cat Quest franchise is a series of open world adventure games for ​Apple Arcade, iOS, Android, PC, PS4, Switch and Xbox One​! Play as a cat and go on a catventure to save the cat kingdom from an evil villain!

When ​Cat Quest made its debut, it took the world of indie adventures by storm! Pushing into the top charts in the US, EU and Japan, the adorable art style, clever quest, and combat design, as well as an infamous amount of cat puns, helped it become an instant fan favourite!

The much-awaited sequel did not take long to follow and introduced the most requested feature: ​Cat Quest II​, featuring two-person co-op multiplayer, expanded the universe with a whole new story, introduced dogs and their Lupus Empire and much more!

I've only played the first one, but I loved it. I'm glad it's doing so well

And I'm not even a cat person