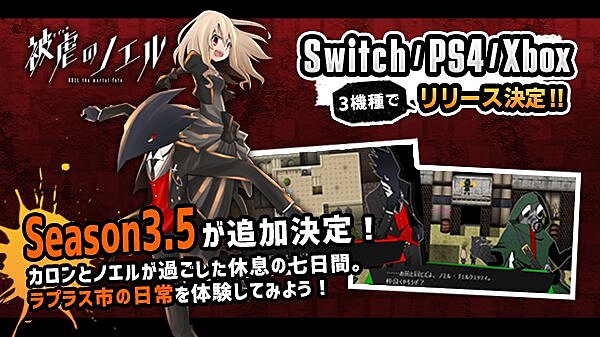 The adventure game Noel The Mortal Fate was announced for Switch a few months back, and today some new tidbits have surfaced.

First up, we now know that the game is going to launch in 2020. We don't have a specific date, but that information will likely be shared in the near future.

Along with that, we also know the release will include an exclusive additional episode titled “Season 3.5,” in which Caron and Noel take a seven-day break in LaPlace. This episode lets you enjoy daily life in the city of LaPlace, which appeared in bits and pieces in the game previously.