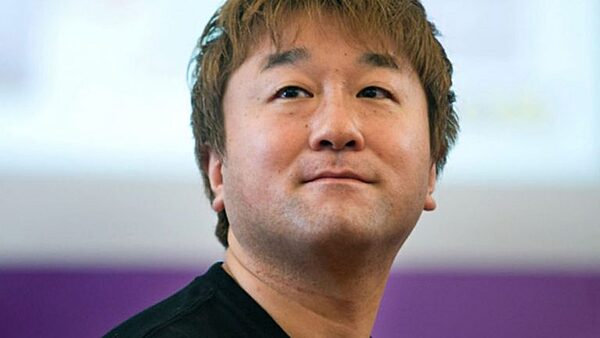 In quite a shocking announcement, Street Fighter producer Yoshinori Ono has revealed that he's leaving Capcom after nearly 30 years at the company. You can see Mr. Ono's full statement on his departure below.

Thanks to Lars for the heads up!
Source: Link
Rating: 2

This actually wasn't that shocking for those keeping track of what has been happening within Capcom's fighting game division. Ono was demoted back in April because of poor management issues in the department, so this was inevitable.

So will Street Fighter will attempt again the realistic style they tried to do for 5?

It just seems they'll go forward to a new direction and seeing the response with RE and DMC 5. I wonder.

Wait, SF5 is supposed to be realistic? Looks anything but realistic to me.

No. The first build was aiming to use the realistic RE engine.

I got the notion (maybe isn't true) that Ono didn't like that direction. So in turn now I wonder if they'll attempt to do it, now that he's leaving.

I hated the graphic style of SFV. A more realistic look would be great. The RE engine would be really cool to use for Street Fighter. I hope they go in that direction with SFVI. I get why Capcom followed Ono's direction, since he's been part of the company for so long and has a long history with the series but the results were terrible.

Huh, I didn’t know about that.

Personally I’m glad they didn’t go with that look. I hate it. Feels completely wrong for Street Fighter.

They were seriously thinking of doing that? ...it's ugly... it looks like Keanu Reaves on steroids in a mummy costume...

I seriously doubt they'll ever attempt the realistic style again. It just isn't Street Fighter. At least I sure hope they don't attempt it.

Part of me hates to see him go because of the personality he brought as a spokesperson for Street Fighter.

On the other hand, if it's his fault Street Fighter 5 launched so terribly, and then remained rocky and controversial afterward, maybe it's better that he is stepping down. SF5 made it so I will never pre-order another Street Fighter game, and will look at each new installment suspiciously.

I wonder who in Capcom will be in charge of Street Fighter. Hopefully not a noob who has no experience in fighting games.

Yuji Naka says Balan Wonderworld is the result of Square-Enix giving him "one chance" to make a 3D platformer
Sep 28, 02:43 by kendricklamario Sep 28, 00:22 by ummbelievable Sep 27, 23:14 by hinph Sep 27, 22:04 by acmiguens
New details on Resident Evil: Infinite Darkness shared, will be a Netflix series instead of a feature film
Sep 27, 22:08 by acmiguens
Hyrule Warriors: Age of Calamity devs discuss fan reaction to the game
Sep 27, 22:04 by hawk