Two physical options to choose from
11 August, 2020 by rawmeatcowboy | Comments: 0 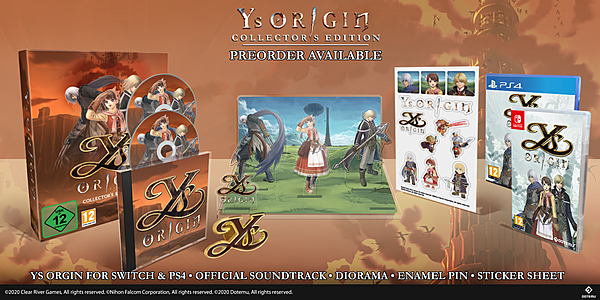 Strictly Limited Games is proud to announce the next partner store release: A Limited and a Collector’s Edition on Nintendo Switch and Sony Playstation 4 of Ys Origin. First released in Japan 2006, this action role-playing video game, developed and published by Nihon Falcom, has successfully been released on other platforms including PS Vita, Microsoft Xbox and PC.

Due to the popular demand, DotEmu and Clear River Games will be offering a very exclusive version of the Ys Origin Collector's Edition in the Strictly Limited Games Partner Store, costing a very affordable €44.99. These beautiful editions will be limited to 3000 units on Switch; respectively 1500 units on PlayStation 4.

The Collector’s Edition will include: 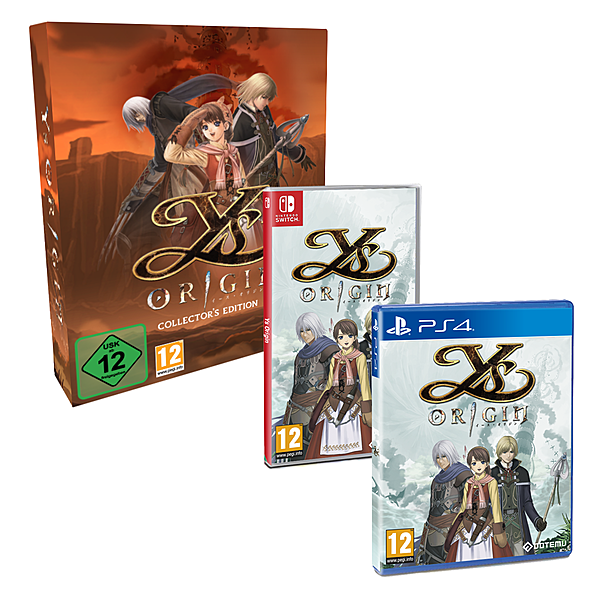 Besides the CE, there is also a Limited Edition of the stand-alone game with an exclusive reversible cover and individual numbering for €29.99.

“Supporting our partners in creating these special boxed editions is a great accolade for Strictly Limited Games, as Ys Origin is an iconic, timeless RPG which has lots of history and is now being played, enjoyed and in demand for all generations of gamers. We helped make the best possible version at a very reasonable price to both delight and captivate Switch players”, Dennis Mendel, co-founder of Strictly Limited Games.

Ys Origin presents a game through an emotional and exciting story, which takes place 700 years before the two first games of the series - Ys I & Ys II.

A demon invasion threatens the land and the two goddesses of Ys vanished. The player sets off with a search party to follow the tracks of the goddesses. Fans of the series may expect to play as the well-known protagonist of the Ys Series, Adol Christin, but this time the player has the choice to start the journey as the apprentice knight Yunica Tovah or the sorcerer Hugo Fact. Ys Origin presents different playable characters with different skills. Yunica is the bright and optimistic girl focusing on physical strength, whilst Hugo is a calm, analytical young man with strong magic powers.

As the game progresses, the player gets the chance to unlock a third playable character and different areas and settings unfold throughout. The game features a great guitar soundtrack, that reminds of earlier Ys games. Both audio and visual presentation, along with superb control of your cast, makes for deep and exciting play.