Is another Suda classic getting a second chance at success?
14 August, 2020 by rawmeatcowboy | Comments: 14 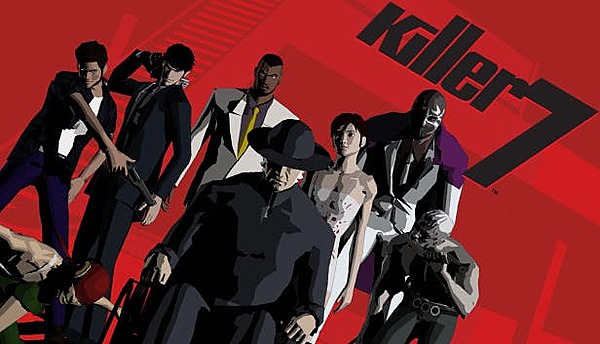 We learned that No More Heroes is making its way to Switch, thanks to an official rating in Taiwan. Now it seems another Suda classic might be coming to Switch as well.

A LinkedIn page for an employee of Engine Software mentions that Killer7 is going to come to Switch. Engine Software worked with Suda51 previously to bring Killer7 to Steam, so it only makes since that they'd be involved in any other ports. The profile for the employee in question specifically says that he's the Executive Producer on Killer7 Remaster for Switch and PC, which certainly make it seem like this info is the real deal.

Stop, my switch can only get so surreal, kafkaesque, and SWERY.

What the Switch lacks in power it compensates in volume. So many little games make it sure a treasure trove of ports. I only wished there was a good way to track them all.

We should make a way. Might encourage publishers to bring more "out there" classics to the system.

Let's see we already have Katamari, Suda, Swery. I suppose Yoko Taro is the only weird creator that hasn't released a game on the Switch. If Nier Automata is ported I wonder if he'll add a vertical mode since that's one thing he commented on the hardware. It'll be weird outside of the shooting sections, but he's also a very odd developer.

Nier Automata would rule on Switch or possibly Switch 2. Just more odd out there games the better.

Motion aiming for what's more or less a lightgun/puzzle adventure? Sign me in. (Still it would have been perfect for the Wii's IR sensor).

Gyro forthe Switch and HD rumble must be used more. Hope devs go bananas with the PS5 controller too.

I'm not having big hopes. They seem to value more production than mechanics in their games. TLOU2 feels like the only shooter with gyro aiming on the console. And that touchpad wasn't used for anything engaging.

Also that light bar, for what was it? It just seems they made it to have something different.

Nintendo feels like the only console maker that does something with their hardware. While Labo or Ring Fit aren't my type of games at the very least it shows the versatility of the joycons. The only thing the Switch barely uses is the touch screen, despite people wanting multi touch instead of resistive there's barely any games that used it in an engaging way.

As far as I know the DualShock light bar was only used for PSVR motion tracking. It worked particularly well for games like Astrobot Rescue. However I have no idea why the light would be on when tracking isn’t needed. It’s only draining the batter at that point.

It seems like the Sony crowd have started to embrace gyro controls from recent forum polls and chats. And Sony has to push the DualSense, at least in the start of the PS5's life. Wish more would use HD rumble on Switch. If done well it's truly great. The touchpad I agree with though. It's actually fucking annoying at times. Playing Deth Stranding you want to press the OPtions button, which is just right of the touchpad, for the map which is very iportant in the game....And then you press the touchpad which makes Sam SHOUT! Now imagine this in the midst of enemy territory =D

The light bar is for VR and it works great with it. Very smooth.

In the Name of Harman! Can't wait to have this masterpiece on my Switch!

I feel like we get rumours of people wanting to port this game every couple years.

Then presumably the people doing the ports get to the child-trafficing chapter and immediately decide to bin their work and pretend it never happened.