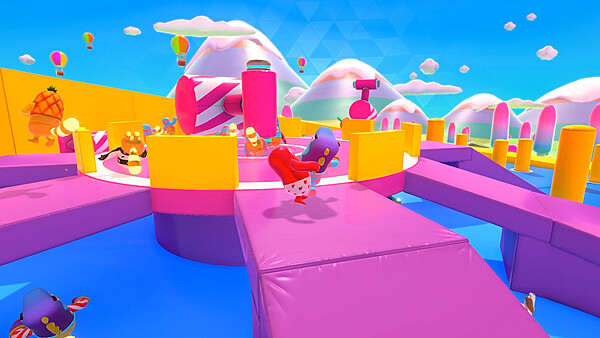 Fall Guys: Ultimate Knockout continues to build up steam, wooing PC and PS4 players by the millions. There are plenty of Switch fans who would like to get in the action, and while there has been some datamined info that points to a potential Switch release, we've heard nothing official.

In an interview with lead game designer Joe Walsh, we hear once again that a Switch version of the game is a "maybe." If that's going to happen, it'll be a ways off, as the team is very much focused on making sure the versions out now are as good as they can be.

"Right now our real focus is on making the PlayStation and PC games as good as they possibly can be. We really have to build trust with the community now and make sure they believe that we can support this game and make it really good.

So it's our job now to be like, hey community - we know what you want and we're listening and we're working as hard as we can to try and fix it, and for us to just say, 'now we're going to just focus on bringing it to more platforms', it's not the right thing to do at this point in development.

That will make us more money, but that's not what we want to do right now. The focus is on building that relationship with the community."