Kingdom Hearts: Melody of Memory gets a new batch of screens, plus info on gameplay, modes, stage variations, and more 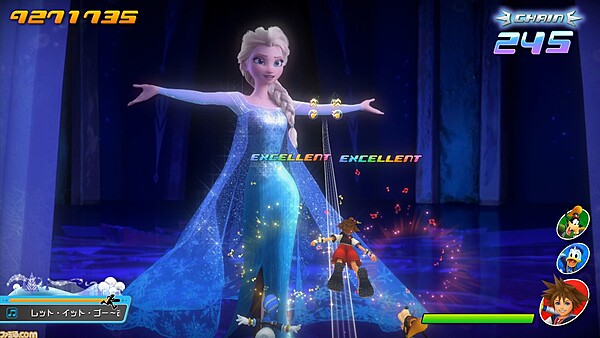 Square-Enix has released a new wave of screens for Kingdom Hearts: Melody of Memory, along with a big rundown of info. Check out details on gameplay, modes, stage variations, and more below.

A world of memories guided by the power of music. The player visits each world by Gummi Ship and melody. Collect the “Rhythm” in each world while looking back at memories. The mysterious power woven by the melody creates memories, and memories become the world and bring back to life the adventures that have occurred thus far.

A large number of characters from the Kingdom Hearts series are playable in Kingdom Hearts: Melody of Memory. Outside of the “Original” cast, you can switch between parties at any time once unlocked.

Press the buttons to match the timing of incoming enemies and musical notes. You will be scored “Excellent,” “Good,” or “Miss” for each button input based on your timing. If you get a “Miss,” your HP in the lower-right corner of the screen will decrease, and result in a “Game Over” if depleted fully. Try to avoid missing while aiming for the high score.

“Music Select,” which is one of the game’s main modes, has three control play styles to choose from:

Normal Style – The most basic play style. Play with the standard controls that uses several buttons.
One-Button Style – A one-button play style where every action can be performed the same button. Recommended for players who want to focus on the rhythm without being distracted by button inputs.
Performer Style – A challenging play style with complicated button inputs that use more buttons than Normal Style. Recommended for players who prefer more technical button inputs and pressing the assigned buttons.

In this mode, you can visit the various worlds of Kingdom Hearts memories to obtain new songs and story movies. Each song offers three difficulties to choose from: Beginner, Standard, and Proud. Unlocked songs can be played at any time from Music Select, and story movie can be viewed at any time in the “Museum.”

A gallery where you can view Collection cards and story movies, listen to music via the Jukebox, and more.

Match the rhythm to defeat enemies while running atop the staff line of the music staff notation. Utilize various actions such as abilities and aerial attacks to defeat enemies in a backdrop formed by memories.

Dive into memory videos and enjoy a sense of immersion as if linked to the video by inputting buttons to match the incoming targets.

Online Versus and Friend Versus

“Online Versus” is a competitive mode that you can play online with faraway friends. This mode includes an exclusive element called “Tricks” that allow you to obstruct your opponent, creating heated battles for the high score.

The Switch version of Kingdom Hearts: Melody of Memory also offers “Friend Versus,” a local correspondence that you can play with nearby friends. The content is the same as Online Versus.

Hides the timing guide on targets.

Switches the player and opponent’s HP.

A Switch-exclusive local correspondence mode where up to eight players can play Field Battle together. Players who “Miss” a pre-set number of times will be forced to drop out, and the player with the highest score in the end will win. 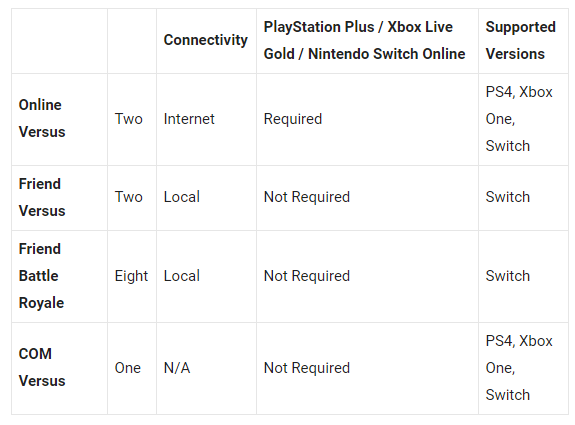 Play cooperatively with a friend on one screen using two controllers. One player controls Sora, while the other player controls Riku. Cooperate with each other and keep in sync while aiming for the high score.

Kingdom Hearts: Melody of Memory features over 140 songs, which will be gradually announced in the lead up to launch.

The following can be confirmed thus far:

“A Day in Agrabah”
“Arabian Dream”
“Destiny Islands”
“Go for It!”
“Hand in Hand”
“Hikari”
“Olympus Coliseum”
“To Our Surprise”
“Traverse Town”
“Under the Sea”

“Castle Oblivion”
“The Force in You”

“The Other Promise”
Kingdom Hearts 358/2 Days

“Another Side -Battle Ver.-“
“Secret of Neverland”
“Vector to the Heavens”

“All for One”
“L’Impeto Oscuro”
“The Eye of Darkness”

“Wave of Darkness I”