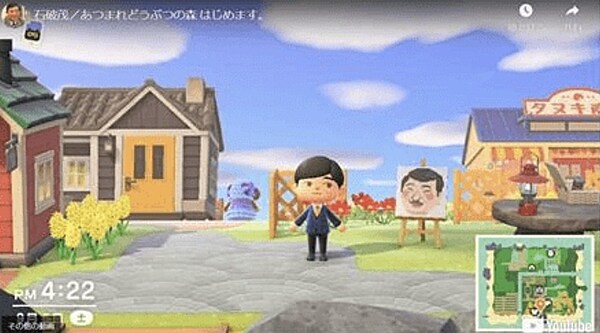 Liberal Democratic Party politician Shigeru Ishiba was looking to spread word of his campaign to the younger crowd, which is why he and his team took to Animal Crossing: New Horizons. The campaign created a video that featured Mr. Ishiba in game, along with a pattern that fans could use. That video was shared on social media, and followers quickly commented on the matter, wondering if Nintendo was okay with that kind of content.

Mr. Ishiba's campaign spoke to Nintendo to see if what they were doing was allowed, and Nintendo did confirm that it was against the game's terms of service. Ishiba had the campaign removed, and all designs were yanked from the game.

Ok is someone going to talk to Biden's staff?

Ok is someone going to talk to Biden's staff?

This is a very good question. I didn't know they were using animal crossing

And the people backing up Biden's use of Animal Crossing sying "there are adults playin the ame too, not just kids!". Yeah, well do you see political campaigns on CArtoon Network? Adults also watch it! There's a reason you don't.

Okay, how is this any different from McDonald's or KFC doing advertising by releasing custom patterns?