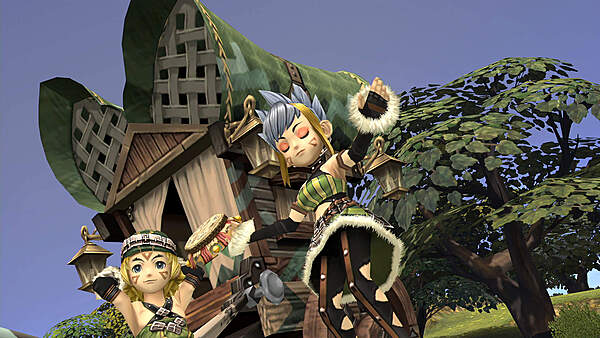 Final Fantasy Crystal Chronicles has one of the most unique soundtracks in all of the Final Fantasy games, and it's one that has stuck with fans ever since the game hit the GameCube. Now with the Remastered Edition available on Switch, players have a chance to once again enjoy those amazing tunes.

In an interview with Siliconera, composers Kumi Tanioka and Hidenori Iwasaki discussed how they came up with the unique sound for the game's soundtrack. Check out their responses below.

Tanioka: I’d have to say the presence of the Roba Music Theatre was huge. While the game carries a harsh theme encompassing a journey to survive, the overarching atmosphere from the characters, scenery, and scenario have a gentle aura, so in order to instill that in the music, from the very beginning I had envisioned using various folk instruments to create songs that felt genre-less. Meanwhile, Mr. Iwasaki, who handled the arrangements, found the Roba Music Theatre and I was drawn to them immediately thinking, “This is the world we’re striving the achieve!” The music for Final Fantasy Crystal Chronicles was born, thanks to Mr. Iwasaki.

Iwasaki: I’ve always liked folk and early music, and I took Irish fiddle lessons from a Canadian person once a week with Mr. Uematsu and others. Amidst that, it was around the year 2000 that I came across the Roba Music Theatre, a music group that specializes in playing period instruments. Their albums only used instruments like the crumhorn, gemshorn, hurdy-gurdy, and recorder, but it didn’t sound tiresome as it is often the case for early music; these were sounds that children would even perceive as cute and fun. I wanted to incorporate this type of music into a game someday.

Thereafter, we were fortunate to hear that the Roba Music Theatre would take on the performance for this project, and that’s how the Final Fantasy Crystal Chronicles’ music was born.