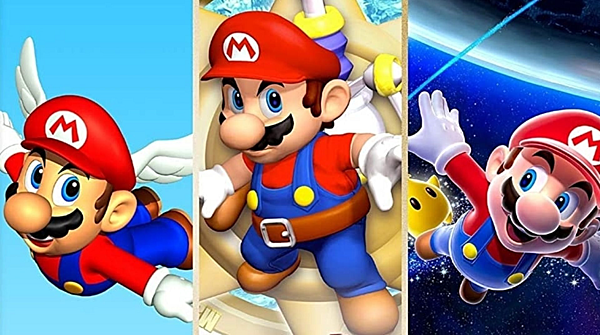 Super Mario 3D All-Stars is launching Sept. 18th, 2020, but unfortunately, it seems the game has already leaked online. Nintendo has suffered a string of serious leaks this year, from high-profile games to caches of data on legacy games and more. Whatever is leading to these leaks online appears to be still operating without hindrance, and continues to be a thorn in Nintendo's side.

More likely a street date leak and dumped from cart. Saw images on Reddit a few days ago of stock on display at Walmart (I think) but not allowed to be sold.

Spoiler
I’ll admit I was wrong about them being native ports. Seems the games are in fact emulated. Which is surprising to me considering they still to update some of the original ROMs (changing button icons for example) but chose to still use emulation.
But I guess that’s good news for future N64, GC and Wii games come to Switch if the emulation is that good.

Not surprised to see them simply being updated ROMs/ISOs. If they were going to take the time to port them properly then we’d have probably got Mario 64 in widescreen amongst other meaningful updates to each game (or at least 64/Sunshine).

On the plus side this should hopefully mean that the floodgates could open for Wii/GC/N64 games to come to Switch if these emulators are solid, though I’m not holding my breath given how stingy Nintendo have been in releasing their old titles on Switch (besides Wii U ports).

Called it that Mario 64 was emulated, but did not expect the rest of them to be emulated as well. Sad that Nintendo did not put much effort in this collection.

I hope that this at least means that we will start getting some N64/GC/Wii games on the online service.

N64 games on NSO, definitely.
GameCube and Wii games? No way. Those make a lot more money being sold individually.

And if Nintendo had put more effort into the collection, such as remaking them instead, they would have sold each for $60 instead of the whole package for $60 ;)

And I would have been fine with that. I rather pay 60 for each of the 2 games that I like.

I believe there'll come a day when they'll remake Mario 64. But besides that, they can't satisfy all of our wants. If you don't like something from a company, vote with your wallet and don't buy it ;)

I don’t think that day will come until Miyamoto is at least retired.

I'm not so sure. In 2026 there'll be a new Nintendo system on the market and the game will be turning 30. I could happen. And they've already remade it for the DS so...

I know they can't please everyone and indeed, I'll be voting with my wallet as I have no interest at picking up this collection. I do look forward to a real HD (or even 4K or more if they wait longer till they have a console that can run those, and yeah that wil take a time with Nintendo not being in the power race) remake.

Sucks that Activision makes better collections of old games and offers them at better prices as well. It is Nintendo though, they can selling anything successfully at full price.

You mean the collections of franchises that went downhill 20 years ago and the graphics had aged worse than an open air dumpster?
Activision did what they had to do to sell those games. And if they believed they could have gone away with either just a remaster or charging full price for the remakes they would have

I would say the Crash and Spyro games aged far better than Mario 64 visually (though all these games look primitive).

Regardless, those remake collections would have easily sold at full price. No doubt about it. So many people grew up with Crash and Spyro as their go-to mascot platformers and there was so much excitement surrounding those remakes. Activision could have capitalised on that excitement (and it’s honestly shocking that they didn’t knowing them) but the fact that those games likely didn’t cost too much to produce and that they’d gain more sales just by virtue of it being cheaper probably influenced their decision to make them cheap.

I would say the Crash and Spyro games aged far better than Mario 64 visually (though all these games look primitive).


That's certainly gonna vary from person to person. To me, most PS1 games have aged extremely poorly. Want an example? Mario 64 is still getting copied in various aspects, but Final Fantasy 7 visual style isn't. Don't get me wrong, FF7 is a great game, just not visually after the year 2000.

I guess they could have sold at full price. But then you have to "play" with the price/sales scale. Do you sell 2 million at launch for $60 or 5 million at launch for $40? Could their market analysis have screwed up and cost them millions of dollars? Sure, that's always a risk. But we are talking with years of hindsight to benefit us. It's much easier to say something was obviously gonna be a success or failure with that advantage.

I bought both Crash and Spyro trilogies, but the only reason I got both at launch was because they weren't full price.