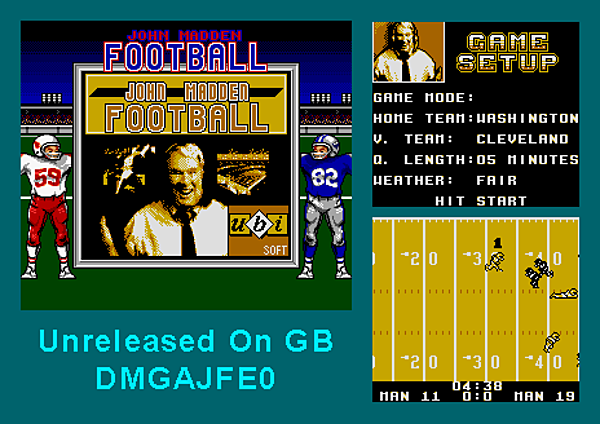 Did you know that back in 1993, Ubisoft had announced that they were working on ports of EA's John Madden Football for both the NES and Game Boy? Neither of those games ended up getting released, but 27 years later, one of those gems has popped up online.

While the NES version of the game remains missing, the Game Boy adaptation has surfaced. You can see some gameplay from the title below.

While the game might look impressive visually, reports state that the game is a bit odd to play. There's no word on just how close this leaked version is to completion, but it should be somewhere near a final build. I guess it's better that this one didn't release!

It would have been the first Game Boy game with microtransactions.