The little engine that could
18 September, 2020 by rawmeatcowboy | Comments: 2 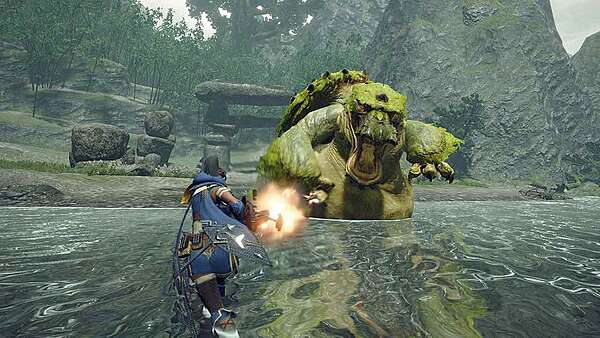 Rumblings of a Switch-exclusive Monster Hunter turned out to be true, as Capcom revealed Monster Hunter Rise just yesterday. We've learned a lot about the game since then, from release timing to mechanics and more. Turns out the official press release for the game also confirmed a tidbit.

Monster Hunter Rise is being built on Capcom's RE Engine. For those who don't know, this engine was originally built for Resident Evil 7, but has been used in a number of other projects since. The RE Engine allows for Subsurface Scattering (a shader method used to produce highly realistic human skin), Dynamic shadows, FXAA + TAA, Shadow cache, moreover, rendering techniques include the ability to output 4K Resolution, HDR, a VR specific mode, among others. Obviously some of those simply won't work on Switch, but others can be implemented without issue.

Thanks to Naruki for the heads up!
Source: Link
Rating: 1

I definitely noticed the use of subsurface scattering with the skin shading in the cut-scene they showed in the trailer, nice to see in the game. Wondering what the output resolution is, if its hitting 1080p or not.

I have no idea what anything of that means xD but the game looks amazing both graphically and (far more important) gameplay-wise.

Hopefully this means the Switch will see more Capcom support in the future. Still praying for a new Okami game!