Amazon doing something shady?! I can't believe it!
18 September, 2020 by rawmeatcowboy | Comments: 5 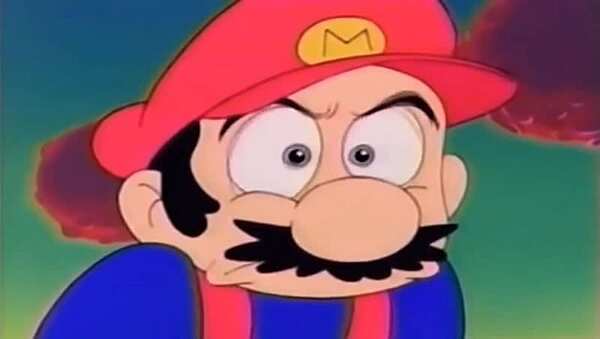 Amazon UK opened up pre-orders on Super Mario 3D All-Stars fairly early, and countless fans hopped on the chance to snag the game. Amazon UK had priced the game at £49.99, the same price at the official Nintendo UK store. All seemed well and good, but now that the game has launched, people realized that Amazon UK actually grabbed an extra £5 from them.

Now that Super Mario 3D All-Stars is actually available, Amazon UK has changed the price to £44.99. This means anyone who snagged a pre-order spent £5 more to do so. This seems to be a way for Amazon to get around its own 'Pre-Order Price Guarantee,' which states that if a pre-ordered product is lowered in price before release, the buyer will pay the lowest price of the two. Obviously Amazon doesn't have to abide by that rule if they wait until launch day to swap the price to a lower version.

Amazon UK customers have reached out to complain, and have been met with a number of responses. Customer service reps have told customers that they're simply out of luck, or they can return their purchase and buy a new one to get the £5 back. Not exactly the best way to deal with your customers.

£50!? You're having a laugh. It's not worth £50, I know a large chunk of the audience are new to these games, but for veterans like myself(who owns and has completed them all, plus where's Galaxy 2?), I can't bring myself to pay it, especially given that they're emulated and not full remasters. But shame on Amazon for exploiting people. They're usually good with customer support, if this gets enough negative publicity, they'll change their mind.

This news piece is false. You can see the preorder warantee description here: https://www.amazon.co.uk/gp/help/customer/display.html?nodeId=G4BRP7LCB9DSDNCR

Whenever you pre-order an item eligible for our Pre-order Price Guarantee, the price you pay will be the lowest price offered by Amazon.co.uk between the time you place your order up to and including the end of the day of the release date.

So people are still illegible for the price guarantee, because the price changed on the release date.

I had ordered mine at £49.99, contacted support about it and they credited me £5. I don't know if they would give me the credit without me contacting them, but the price guarantee page does say that it can take up to 48 hours for the price to change on your order, so I am assuming the same goes for any automatic refund. Considering the price changed on the release date, people should wait at least a couple of days before complaining or just contact support (the support sadly is very dodgy and often don't understand English well enough to understand the situation, so you might have to insist a bit).

On top of that, they did not shadily sell the game at £49.99 and then decided to change the price to £44.99 just to screw with the people that pre-ordered. The price changed because they did a pricematch to PC World's price.

I hate amazon as much as the next guy, but this article is complete bollocks.

Reminds me of when i bought pokemon sword physical from a swedish online store specialized in games, it also changed prize on release day, so i payed 50 sek more, i emailed to get some money back, which i didnt, and then they replied with me having to mail them back when game arrived to get "store coupon" for the ammount extra i had payed, said coupon expired months later.