The House of Mouse tips their hat to Nintendo
by rawmeatcowboy
19 September 2020
GoNintendoGN Version 5.0 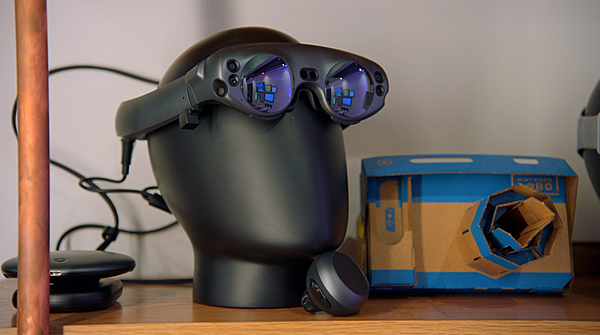 Disney has a series on their Disney Plus service that takes a look behind-the-scenes at what Disney employees are working on, and how they're aiming to innovate. One episode in particular draws attention to Nintendo Labo during a segment.

Episode 40 of the "One Day at Disney" shorts series focuses on Alice Taylor, an employee of Disney StudioLAB. The StudioLAB team looks to advance the art of storytelling through next-gen tech. During the segment, Taylor points out that Disney is not only doing their own thing, but also keeping an eye on what other innovators out there are doing. By doing this, Disney can potentially catch new ways of advancing storytelling.

During that discussion, the mini-doc shows some of the various tech found in the Disney StudioLAB. While we mostly get to see advanced cameras and VR gear, there's also a moment when the doc focuses on the Nintendo Labo camera while Alice is talking. Looks like Disney is quite fond of Nintendo's unique ways of innovating in the game industry!

Thanks to Elfman13 for the heads up!