Those are some big accusations
22 September, 2020 by rawmeatcowboy | Comments: 15 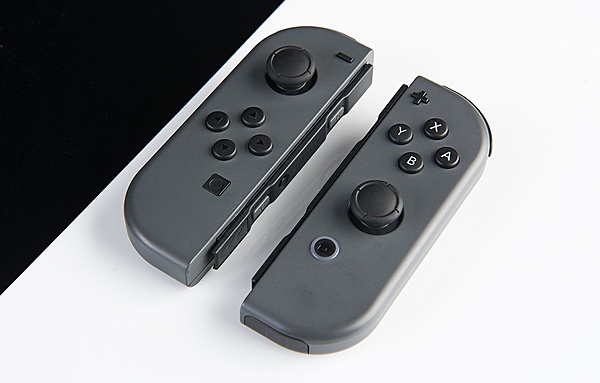 Nintendo is soon to face another lawsuit that stems from Joy-Con drift, but there's a lot more going on with this pending legal battle.

The UFC previously clashed with Nintendo over Joy-Con drift, and Nintendo responded by saying anyone experiencing the issue could get a replacement from Nintendo for free. Even after that decision was made, consumers kept reaching out to UFC with complaints on the Joy-Con, which caused the organization to look a bit deeper into what was causing the drift issue.

In their study, UFC found that a poor seal on the Joy-Con allowed in dirt and debris, which could clog up components. The UFC also found what they call "programmed obsolescence of the circuit board." It's this second part that's drawing all the attention, as UFC is basically saying that Joy-Con drift is part of Nintendo's plan for the Switch, and they've manufactured Joy-Con in such a way to force consumers to purchase multiple sets of replacement Joy-Con down the road.

While we all know there's an issue with Joy-Con drift, I don't think most consumers would believe that Nintendo is operating a nefarious scheme for planned obsolescence. Proving that in court is going to be near impossible. Whether this lawsuit even goes forward remains to be seen, but if it does, you can expect an extremely interesting legal battle to ensue.

Give me a minute to put on my lovely tinfoil hat here and I'll tell you all about the REAL reason for joycon drift...

We are all living in a massive advanced simulation and joycon drift is caused by glitches in that simulation. Why isn't anyone talking about this???

Give me a minute to put on my lovely tinfoil hat here and I'll tell you all about the REAL reason for joycon drift...

We are all living in a massive advanced simulation and joycon drift is caused by glitches in that simulation. Why isn't anyone talking about this???

Something that has happened since pretty much day 1 can’t be “planned obsolescence“.

It’s a fundamental design flaw sure, but wasn't planned.
Touch wood I won’t experience it, as of writing I’ve yet to see drift on any of my 4 joy-con.

While I highly doubt it is planned obsolescence, the more lawsuits Nintendo gets for this, the better.

If they offer to fix it for free, how the hell is more lawsuits going to make them better? Clearly that offer alone will prompt Nintendo to develop better Joy-Cons since they can't afford to do it over for free.

For any person sending their joycons in for repair there is probably another person that does not want to bother and either buys a new pair or just keeps on using their broken joycons. We don't have any statistics, but since Nintendo seems to be in no rush to fix the problem, it likely means that they are in quite a sustainable situation on that front..

1. They had already had lots of lawsuits that have affected them. So this is nothing.

2. They have done this in previous gens.

It won't really prompt them to make better joycons unless they see the free offers making losses.

Perhaps it will encourage them to design their products better next time?

I don’t know... But I do know the Switch isn't as robust as previous consoles. But then they were dedicated consoles, whereas the Switch is a compromised handheld.

I've got four joy cons, three of which I know have immediate drift problems and the fourth has intermittent drift issues. I've just sent them off to Nintendo as this article has reminded me to get them fixed.

Usually I play with a third party controller so it's not too bad, but sometimes I do like to play with joy cons and it does make life difficult when my character keeps doing a 180 every five seconds :D

Very lucky of you.
The joycon dift, no analog triggers and mediocre wifi are the most disapointing Switch's designs for me.

I'm still expecting Nintendo to do a spin on this matter, like relaunching the joycon with some sort of added feature just to disguise the message of "this things are fixed and will not drift.

That's incredibly clever, if that's what Nintendo has done but it's more likely their need to keep costs as low possible so that they could profit on the controllers, accessories and console after the Wii U and 3DS lost them so much money.
It doesn't lend itself to a long shelf life but they didn't expect the Switch to be a hit and now they are stuck with faulty hardware, much like the 360 of old and the early DS models with their rubbish hinges that would break.

Putting out new versions will be great but the vast majority will stick to the original faulty controllers that they got with the system in order to save money.

Got my Switch 1.1 on December 2019 and I haven't experienced Joy-Con drift. If it were a planned obsolescence, I'd say they would've done it in earlier consoles.

If anything, Nintendo Switch Online feels like the real planned obsolescence. I mean, asking for money for the online when the Switch wifi signal is so weak to the point I can't have it connected from another room.