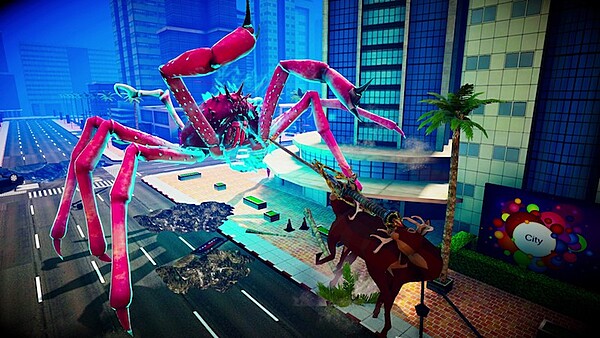 As if Fight Crab wasn't weird enough already, a new round of collaborative DLC is about to make things even stranger.

A collaboration between Fight Crab and DEEEER Simulator has been announced, which will see the titular Deer added to the game. You'll be able to use the Deer in campaign mode and in standard battles, which you can look forward to via an in-game update sometime in October. It does seem that this will be paid DLC, but that's not 100% certain.