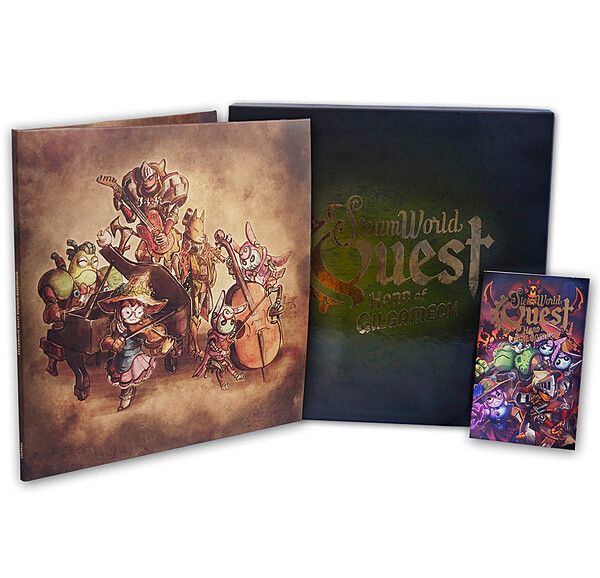 We’ve teamed up with our friends at Super Rare Games and have created a SteamWorld Quest Collector’s Edition on Nintendo Switch, limited to 500 copies worldwide! We were lucky to get 500 of Super Rare Games' 7000 units to sell in as our first Collector's Edition.

From award-winning developer, Image & Form, comes the latest game in the SteamWorld universe.

If you want to order SteamWorld Quest: Hand of Gilgamech Collector's Edition, you can do so right now. The package is priced at $82, and you can order yours here.