Together! The Battle Cats physical Switch releases launches in Japan on Dec. 3rd, 2020

PONOS have announced a second physical release of Together! The Battle Cats for Japan. This version hits the Switch on December 3rd, 2020, and is priced at ¥2,420. The package includes the Battle Mode update that launched for the eShop version back in July, the Neko Brothers characters, the Neko Pikohan character, 10,000x Cat Food, and the Grandon Mining Corps characters. Save data can be carried over from the digital version, and if you already have the Neko Brothers, then they’ll received a level-up boost. 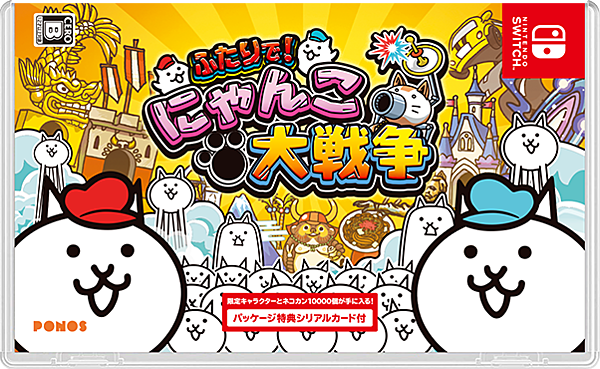 There's still no word on localization for Together! The Battle Cats at this time. Seems like you'll have to import the title if you'd like to play.