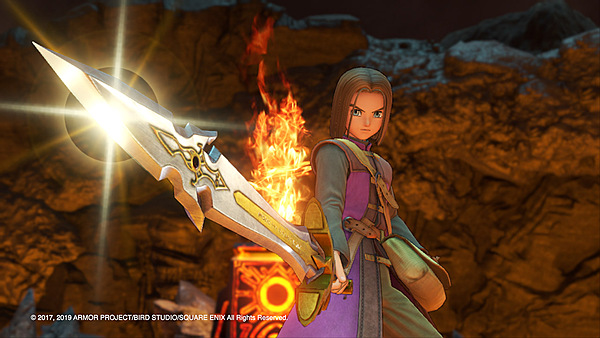 As I posted elsewhere

I mean I guess we can estimate sales on Switch now? I wish SE would just outright say how well it has done on each platform, because I have to guess on non-Switch sales in the rest of the world, looks like Japanese 3DS/PS4 sales are currently 3.5 million units. So, if non Switch Western sales end up. probably at most, at 900k (were 500k in 2018, so I'd say an extra 400k in 2019/2- even with S coming out/already out is actually super impressive), then thats 1.65 million on Switch, and nearly 1 million outside Japan (~650k sales on Switch in Japan). So great numbers all around.

I played the game and while I love the setting, the gameplay and the plot are so barebones. Wish they make DQ more like FF at least in gameplay.

Wish they make DQ more like FF at least in gameplay.


Not gonna happen. If you want gameplay closer to recent FF titles I'd guess Kingdom Hearts would be up your alley

Atleast more modern? Like why the hell do I need to level up to learn a basic revive spell?

Final Fantasy is about reinvention and Dragon Quest is about improving the existing foundation.
I haven't played XI S yet, I'll be playing it right after my 3D All Star copy arrives and I play Sunshine. Then I can give you an educated answer to your second question

A spell that requires levelling up to get basic need would have been fine. If there were ways to get it early on instead of later on. That hasn't changed.

And that doesn't improve the foundation either.

As I said, I have yet to play it, but will soon. Your explanation didn't make it easy to understand, so I'll experience it first hand to make it easier to grasp your meaning

I hope not, I really enjoy the simplicity of Dragon Quest. I was playing at the same time as the Witcher 3 and despite all the praise about the "complex" story of the Witcher 3, I enjoy the story of DQXI much more, I can't care at all about the characters in the Witcher.

I bought it and beat it. Wonderful game. Also my first Dragon Quest game. I will absolutely buy the next one, I’m hooked.