Mario Kart Tour's next Tour will be the "1st Anniversary Tour" 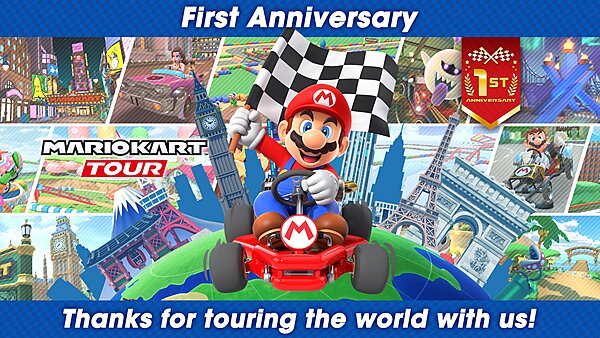 Believe it or not, we're coming up on Mario Kart Tour's 1st anniversary. While Nintendo isn't ready just yet to reveal their big plans, they did give a hint of what's to come.

According to a recent tweet, when the current Tour ends, Mario Kart Tour will be moving into the 1st Anniversary Tour. Nintendo says they'll be showing off a trailer for the event in the very near future.