Impa revealed for Hyrule Warriors: Age of Calamity, in-game bonus offered for those with a Zelda: Breath of the Wild save

A familiar face returns, and special bonus for fans
26 September, 2020 by rawmeatcowboy | Comments: 3 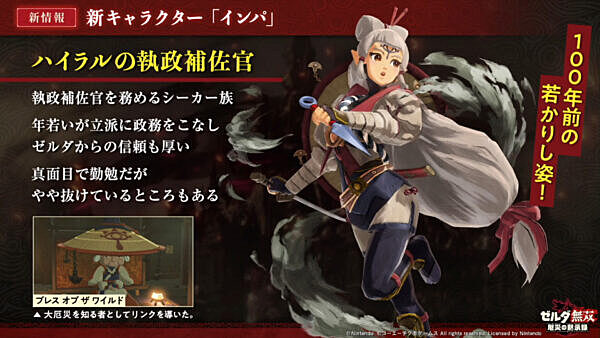 Eagle-eyed viewers of the original Hyrule Warriors: Age of Calamity trailer thought they spotted a couple quick glimpses of Impa hanging out, and it turns out they were right. Impa has been officially revealed for the game, and due to where this game takes place in the Zelda timeline, she's much younger than she was in Breath of the Wild. The best part is that Impa will be playable! You can check out a profile for Impa below.

Impa is a Seeker who works as a government aide to Hyrule Castle. While young, she handles government affairs excellently and has Zelda’s utmost confidence. She is serious and diligent, but can be a little absent-minded at times. 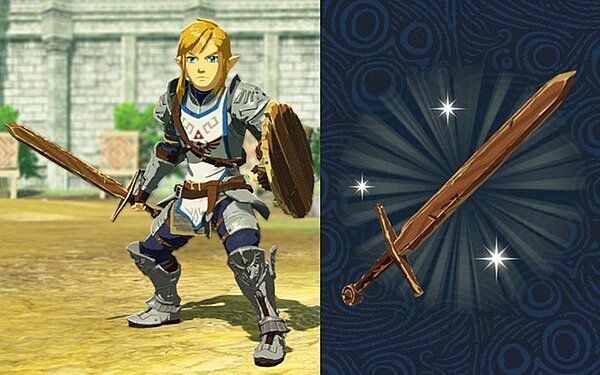 Along with that, Nintendo has revealed a special bonus for Hyrule Warriors: Age of Calamity players who have a Zelda: Breath of the Wild save file on their Switch. Having that save data will net you the bonus training sword seen in the image above. It might not be the fanciest weapon, but it'll get the job done!

"Nintendo has revealed a special bonus for Hyrule Warriors: Age of Calamity players who have a Zelda: Breath of the Wild save file on their Switch."

But I bought and completed BOTW on Wii U. Anyway, Impa looks good, though in BOTW she looked tiny. Here, she's a lot taller.

First you were punished with longer load times, further eating away at your finite lifeforce. Now you are further penalized for having bought the Wii U version by having a special bonus withheld. I just hope, for your sake, that Nintendo doesn't plan a third way of twisting the "you didn't play the (vaguely) superior Switch Version" knife.
j/k

She looked tiny in BotW because she was 115+ years old.