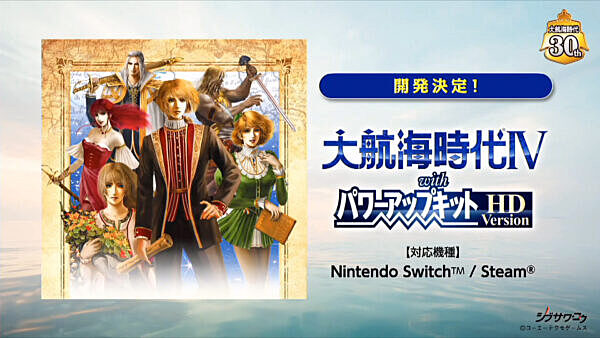 Koei Tecmo has announced that Uncharted Waters IV with Power-Up Kit HD Version is heading to the Switch. The company did not share details on a release date.