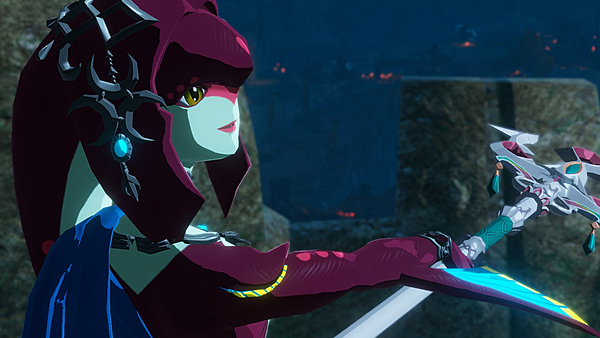 Koei Tecmo and Nintendo teamed up for a special presentation of Hyrule Warriors: Age of Calamity at TGS Online 2020. We got to see a ton of footage for the game, and hear some input from the dev team as well. Fans seem to be quite excited for the upcoming spin-off, and the team behind the game couldn't be happier with the reaction.

Producer Yousuke Hayashi commented on the fan reaction to Age of Calamity, and said he's pretty happy with what he's seen. He promised that the team will do their best with development moving forward.

Director Ryouta Matsushita also had some comments to share on fan reaction so far. Matsushita focused on the reaction to Impa, and was glad to see everyone calling Impa cute.

I guess the masses of Zelda fans who think Warriors games are repetitive af weren't present...

Impa does look good. She's very different in look and playing style from Hyrule Warriors. This is the NOA Twitter image in question. 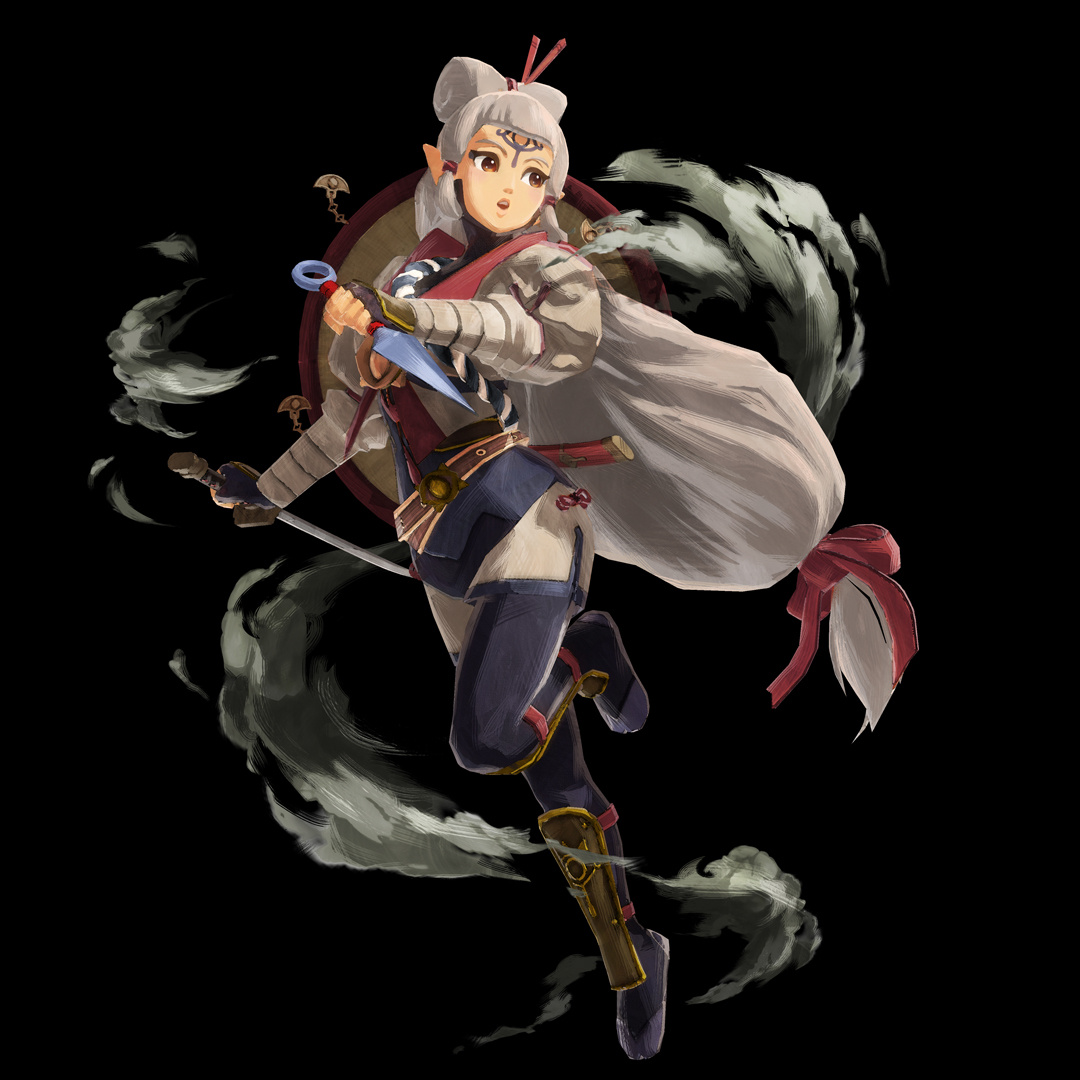 Thumbs up from me, too. I think being able to play through the Calamity war in a Hyrule Warriors style sounds like a great idea. I just hope they can keep the gameplay interesting.

I’ve been playing Hyrule Warriors on Switch, and the gameplay is pretty repetitive and becoming a chore for me.

It’s just running from keep to keep mashing A to kill hordes of enemies. It’s making me feel like skipping Age of Calamity and just watch all the cutscenes on YouTube a week after release.

For me it feels like a game more fun to play than watch. The armies are for the most part canon fodder, but the generals and other big enemies are designed to have some more nuance on how you engage them. In regards to this game, is seems it could have more variation in the level design since the map is already made, with a lot of landmarks they could make levels around. On the other hand, there wasn't a lot of enemy variation on Breath of the Wild, and I feel they might feel more repetitive since the original HW added enemies from a lot of Zelda games. Also it had a lot of playable baddies.

Admittedly Hyrule Warriors became that way for me too. I've often said the gameplay is more like mowing your lawn than fighting in a war. But there were two things that made me still love the game:

1. The sheer amount of Zelda fanservice - For a big Zelda fan like me, it was loads of fun fighting as so many characters from Zelda history, using the classic Zelda items, and visiting so many different eras. A typically-themed Musou game would not have held my interest like that.

2. The additional side content - I can't remember what the mode was called, but they had that additional mode where you fought your way through the original Zelda map, and it provided additional twists to the gameplay. It was challenging enough that I couldn't just mash my way through each level... I had to strategize and actually be a bit clever.

I'm kind of banking on this new game having a fun side-mode, because we probably won't be getting the same wide range of interesting fighters for this game. But I'm waiting to see what else the game will provide before I decide to buy it. It helps that I'll also get to see pre-calamity Hyrule.

Yeah the fact it’s Zelda and basically a convergence of all Zelda is the best part. Maybe it’s just me but the gameplay feels like a constant panic rushing to an area to defeat a hoard or approaching army.

The Age of Calamity gameplay seems a bit more relaxed from what I’ve seen. I’m super excited for the story elements in AoC, and young Impa looks great.

I’ll stick with it, I’m onto the “Epilogue” level now after completing the Twilight Princess, Skyward Sword and Ocarina paths.

I like the warriors series so my opinion might be a bit bias, but the original HW felt like it did a lot to improve the gameplay of the warriors franchise. Other warriors game felt more repetitive before HW. Now I will tell you that AoC looks way more awesome than the original HW. The first thing to notice is the art direction and the maps (the warriors keeps are just big squares on the map and the maps are simply plains I. Ware the action takes place). The way you approach and attack also seems to be expanded with normal combos, shiekah slate abilities and specials and weak point Smash. Also they seem to be teasing exploration gameplay. For instances there were comments about a ancient shrine that was in the map, Korok flowers and during gameplay they were talking about how far you can go and they were keeping quiet about it. This game could seems to be way above the OG HW.

I love hyrule warriors, played it on wiiu, new 3ds and switch. I can't wait for this one

So much Zelda content this year, too bad one is a rhythm game and the other is a button masher.

If Nintendo wanted to tell the story of what happened in BotW, I would have been more than happy with a traditional 2D Zelda game, as long as it played like Zelda.

While I would be down for a 2D Zelda in BotW's timeframe, the top-down games have never been particularly great at telling stories, and certainly not at the story they're trying to tell here. I doubt it would even be able to retain the same art style.

It would have taken more time, and in regards to telling the story it might have not been able to display the scale of the conflict which is the intention here. I think aside from a Musou game the other game style that can show a war is an RTS or a tactical RPG.

As someone who triple dipped on Hyrule Warriors, I can not be more excited! BoTW has become my favorite game to the point i did everything there is to do in master mode except the moron seeds. Getting the prequel in a 1 vs 1000 setting sounds and looks so tiiiight! The cutscenes have been so gorgeous, it looks just like breath of the wild, seeing the homes and plazas is getting me pumped to see more of hyrule 100 years before BoTW!

I know the warriors games arent for everyone, but it is for me!!! And the 2 player mode for local is exactly why I only have a switch now; on the go fun for more than 1 person!

He promised that the team will do their best with development moving forward.


- you would imagine development is finished with a release date 8 weeks away :D

As for the game: Of course I will buy it. Happy to see they tied it closer to the actual Zelda games this time around.
That said I expect to be disappointed again. Never finished the original Hyrule Warriors, I found the gameplay to be stressful in an unpleasant way. Basically you try to extinguish fires and they keep popping up in other locations. Fun.

- you would imagine development is finished with a release date 8 weeks away :D

You would think that but Nintendo has proven in the Wii U/Switch era they dont have to finish a product before release and it would still sell gangbusters. We'll just give them the content for free months down the road and use the "Keep the games fresh" excuse or in Pokemon's case charge them for the rest of the content later.

Yeah in the age of digital distribution, not only in games but general software too, “finished” isn’t really a thing anymore.