Get ready for vehicles and more
29 September, 2020 by rawmeatcowboy | Comments: 0 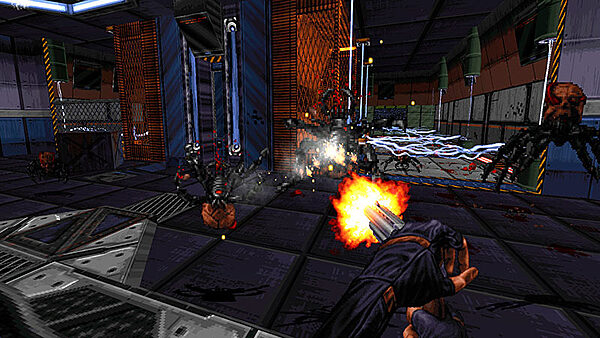 An expansion pack is in the works for Ion Fury, which was announced earlier this month. Wondering what's going to be included in that pack? Voidpoint shared some tidbits in an interview with Thegg.net.

I guess most of what I can say about it at this point is probably pretty obvious–it will have a bunch of new levels and include new weapons and enemies as well. So if you’ve seen the teaser video you can probably tell that there are some vehicle sections as well. I can also say that we’re aiming for settings for levels that are different from the main game. There will be more open and outdoor areas and fewer corridors and labs.