Cygames goes over the difficulty of localizing games like Dragalia Lost 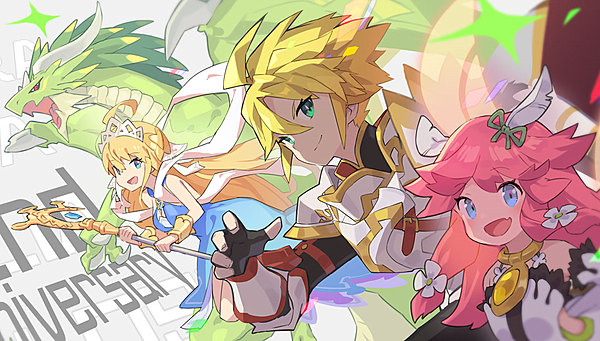 Localization for any game can be difficulty, but particularly layered, wordy experiences can make for a mountain of work. Getting everything right takes a ton of time, and is no easy task. Cygames knows that very well, as they're continually working on translations for Dragalia Lost.

The Cygames localization team shared an internal feature that goes over the different struggles and challenges the team faces when localizing a title. Check out snippets from that feature below.

- the Cygames localization team gives feedback during development
- Coronavirus has slowed down the recording process for English voice acting
- the team spoke about the general difficulties of localizing wordplay and puns
- in the Chinese translation for a Dragalia Lost manga, the team had to incorporate a Japanese and English pun
- a character with a name phonetically similar to the English word “try” used a pun on their name to “try” something out
- in Chinese, they made a similar joke work using their own language’s wordplay
- the team brought up hypothetical situations where a joke could be translated, then gets referenced again in a future game
- this is why it's important to keep threads woven together in another language if the joke has to change
- Japanese can convey more information in fewer written characters than many languages that use Roman characters
- an ever-present difficulty with Japanese is the omission of subjects and objects in sentences
- most other languages need to declare subjects or objects in sentences to make sense
- the team stressed the importance of getting the true intention of the source across in another language
- if a translation doesn’t convey the intent, it’s not a “proper” translation, no matter how “correct” the translation of the words is
- with politics, history, religion, race, gender, etc., going through different cultures can lead to biased translations
- these situations can be avoided by sharing information with everyone on the project in advance
- this changes the way the message is communicated so no one is inadvertently offended