Nintendo pushes back decision on delisting Jump Rope Challenge, says it will be available "until further notice" 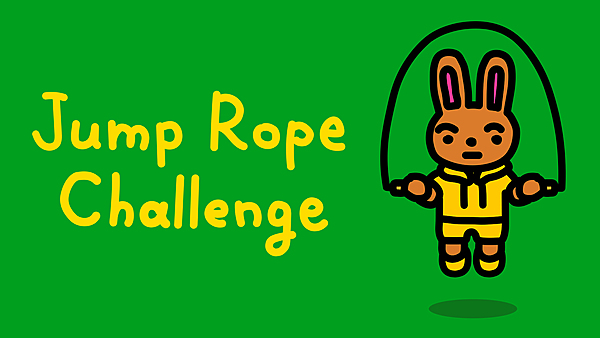 Nintendo had said that they were delisting Jump Rope Challenge from the Switch eShop after September 30th, 2020. They have now changed that decision, saying that the game will remain on the Switch eShop for now. That said, it does seem the software will still be removed in the future, as Nintendo said it will be available "until further notice."

Hopefully this is a sign they are reconsidering their limited time digital access nonsense. Looking at you too 3D All Stars and Super Mario Bros. 35!

I doubt that could make them think so otherwise.

Eh, I can't understand why some people were upset by this particular game being delisted. It's free and a light download, so if you want it, just grab it. And it's basically a WiiWare sort of content, so it should be no big deal. But it seems that whining works to some degree...

I didn’t play this nor will I so it being delisted doesn’t affect me in this instance.

But at the same time, it’s free and a light download, so why not just leave it there? The cost of hosting this game on the store is so negligible I doubt even Nintendo themselves could put a monetary value on it.

Nintendo did nothing but give themselves bad PR, like when they “temporarily” delist Wii U games when their respective ports hit Switch.

Yeah, sure, it doesn't make much of a difference whether it is delisted or not. It could well remain there until the Switch's death, but then again, it shouldn't be an issue to delist a game they have said from start it would be temporary.

As for bad PR and delisting of Wii U games, I would say there's a bit of hipocrisy in most people pointing that out. It's not like there are that many people who will buy Pikmin 3 back on the Wii U. The Wii U user base is 5 times smaller than the Switch's and whoever wanted Pikmin 3 had 7 years to get this game and probably already got it. I own it, for example, and I never got the DLCs and I don't intend to. In other words, I doubt those critics will be getting the cheaper (but heftier in case they don't own a Wii U) version of the game now.

Hypocrisy? I don’t think you know what word means...
Explain how it’s hypocritical to say delisting Wii U games is bad PR.

I agree few, if any, will buy the Wii U version of Pikmin 3 or DCRTF or SM3W or any other Wii U port today and desisting any of them realistically doesn’t impact anyone.

What happened when they did delist them? Backlash.
Justified or not isn’t the argument I’m making. Bad PR happened, and Nintendo didn’t need to trigger it. Thats what I’m saying. Where’s the hypocrisy in that statement?

I wasn't talking about you. What is hypocritical is the backlash itself, as i've seen even people who never owned a Wii U complaining. It has undoubtedly resulted in bad PR, but most of the complainers are hypocritical. Sorry if I wasn't clear before.