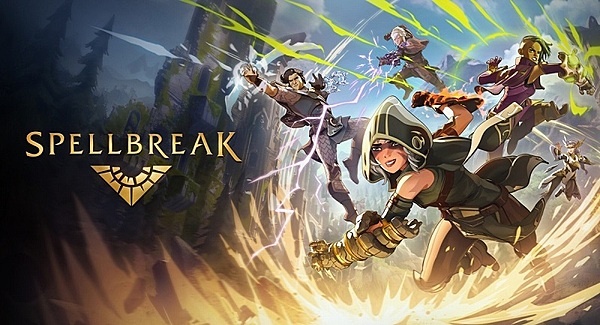 Spellbreak has been updated to Version 1.1. Check out the full patch notes below.

The Lighting Bolts spell’s recovery animation can now be interrupted by casting a sorcery.
Fix edge case where reviving or exiling someone could be canceled in order to get faster spell firing.
Fixed an issue that caused projectiles to sometimes not register damage even though they hit.

Smoothed out difference in aim assist strength between different framerates.
This results in more consistent behavior for all players and eliminates advantages that came from very high framerate.
Fixed an exploit where aim assist could be much stronger than intended under certain combinations of distance to target and input sensitivity.
This meant it was possible for players under certain circumstances to make their spells incredibly easy to hit. This was mostly clearly seen with the Lightning Gauntlet on PC.
Adjusted aim assist values for various console platforms.
Aim assist now decreases over distance.
Default Look Deadzone setting on Switch is now 0%.
This is generally what you want, because deadzones are handled by the OS itself.

Enabled some extra anti-cheat mechanisms.
Game mode now automatically swaps to squad after completing the tutorial.
When a player accepts a party invitation while already in a match, they’ll get a UI notification and they can choose to immediately join the lobby.

Fixed cases where players would sometimes get stuck with a black screen during a match.
Addressed an issue where players couldn’t load into a lobby with enough time to properly select their drop portal.
Switch Pro and third-party controllers no longer send multiple inputs for a single button press.
Fixed a bug causing players to sometimes be unable to see disrupted player’s orbs.

Fixed a netcode issue that resulted in other characters appearing to stutter/jitter or otherwise not to update at full framerate.
Note this also caused “weird” aiming offsets that were reported where it felt like your aim was off. Due to this, your muscle memory with different spells may be affected!
Players should be able to interact with things after being interrupted while aiming a rune or sorcery.
Players should no longer get stuck indefinitely on the reconnect screen after internet connectivity had been lost and restored.
Fixed the infinite loading screen when entering invalid account credentials on login.
Fixed missing hit sound effect when your damage is buffed.
If the same Spellbreak account is used to log in to two machines at the same time, the most recent login will cause the early session to abort to prevent data corruption.
Controller vibration settings now correctly apply in game.
Fixed issues where item ping indicators would not draw/update correctly.
Added in translations for some previously untranslated text.
Fixed a bug that could cause quests to disappear from the main menu when restarting the game.
Corrected adjective/noun order indicating rarity for latin-based languages on the collection screen.
Fixed Mana Vault animations getting out of sync with sound and timer.
Fixed issue with Mana Vaults where its pieces would sometimes flicker as the player walked it.
Cleaned up some low-resolution textures that could sometimes appear.
Menu / UI sound effect volume is now properly controlled the associated volume slider.
Fixed a crash caused by repeatedly pressing the confirm button on the squad loading screen.
Fixed instances of shadow popping around the map.
Fixed a crash caused by viewing an item in the store while the rollover takes effect.
Ice Lance should no longer randomly generate a MASSIVE ice bow.
Fixed a bug causing 2 players with random outfits equipped to mirror one another’s outfits.
Spidermantwinsmeme.png
Fixed a crash caused by repeatedly exiling yourself in the tutorial.
Why do you keep hitting yourself?!
Fixed some chests not being visible on the player’s client.
And last but not least, a whole bunch of more rare crashes have been fixed.