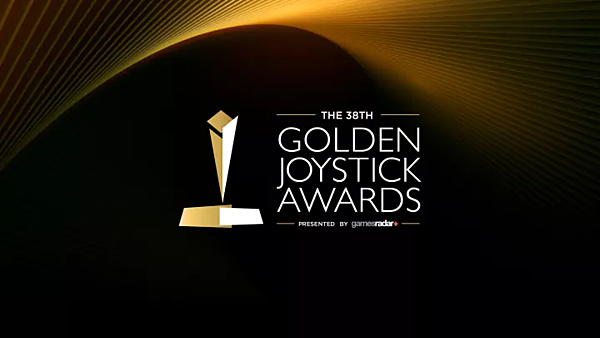 Voting goes live today in the 38th Golden Joystick Awards, the world’s biggest public-voted games awards. Every year millions of fans show their support by voting for the games, developers, publishers and personalities who have entertained and thrilled them the most over the last 12 months.

Now in its 38th year, the Golden Joystick Awards show has been confirmed for this November with a new all-digital format and global focus.

“Last year the Golden Joystick Awards were held in central London with awards being handed out to developers who had flown in from all around the globe. This year the event will be a truly global, all-digital, affair with a variety of exciting guest hosts, exclusive game trailers and editorialised video features. We strongly believe this will allow us to reach millions more fans, with the Golden Joystick Awards 2020 being hosted on gamesradar.com, currently enjoying a year of record traffic. Our revamped digital show will be produced by the team behind the recently-launched Future Games Show, which attracted 23 million views for its E3 and Gamescom shows. We can’t wait to celebrate the best games of the last 12 months and look forward to the next generation of consoles and creators.”

The Golden Joystick Awards are brought to you by GamesRadar+, the world’s fastest-growing major games website. GamesRadar+ recorded its all-time audience record of 35.5m global users in April 2020, and has seen phenomenal growth over the year with a 92% rise in users across the globe*.

Fans can also cast a vote for online games that they can’t give up playing in the ‘Still Playing’ award, as well as the game they are most looking forward to in the hotly-contested ‘Most Wanted’ award category which was won by Cyberpunk 2077 in 2019.

“Our judging panel has worked hard to narrow down the shortlist to just eight games in each category**. Some games are so good they have made it into more than one category, with multiple nominations for Animal Crossing: New Horizons, The Last of Us Part II, Fall Guys and more. We have also added in two new categories - ‘Best Family Game’, which reflects the fantastic family games that have been released this year, and ‘Best Gaming Community’ a nod to the increased role games have played in keeping us connected to our friends and fellow players in 2020.”

I voted for Hades in as many options as I could. I'm kinda shocked there was no Breath of the Wild 2, Shin Megami Tensei V, any Switch game, or anything I'm even interested in for the "Most Wanted" category..

Seems to be only focused on next gen games, and since Switch isn't next gen, they didn't count it. Seems a bit weird though as SW/PS4/XB1 has a lot of goods coming too, so this gen isn't fully dead...

Honestly not sure if that’s a typo or not? 😂

It was very much on purpose =) A little pun, if you like.

Sword and Shield was released last year. I'd take that and vote for 3H imo.

If they have the nominees now, and the awards in November, obviously they don't cover the last few months for each year they hold the ceremony in and save them for next year's.

edit: Is 3H Fire Emblem Three Houses? Because that released even earlier last year and was actually nominated at the last golden joysticks.