Reminder: Battle Jessie and James Before They Blast Off from Pokémon GO 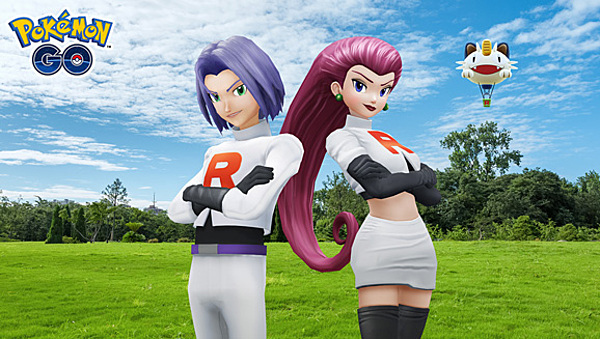 The original Team Rocket duo is blasting off from Pokemon GO today. Don't miss your chance to battle one more time! Check out full details on the encounter below.

For nearly three months, Team Rocket villains Jessie and James have been battling Trainers in Pokémon GO. These mysterious wrongdoers descended from the sky in their iconic Meowth balloon, intent on wreaking havoc on the world below...

But their mischievous hijinks are coming to an end—at least for now! Trainers will be able to challenge Jessie and James until Wednesday, September 30, 2020, at 11:59 p.m. local time. Their retreat from Pokémon GO won't be permanent, but we don't know when they'll be back. We advise Trainers to take this opportunity to rescue Jessie and James' signature Pokémon, Shadow Ekans and Shadow Koffing, while they still can!

As for Team GO Rocket, stay vigilant—Jessie and James may be wrapping up their crime spree, but Team GO Rocket leaders Giovanni, Sierra, Cliff, and Arlo remain at large and will continue to menace Trainers for the foreseeable future.