I don't think anyone is surprised
03 October, 2020 by rawmeatcowboy | Comments: 6 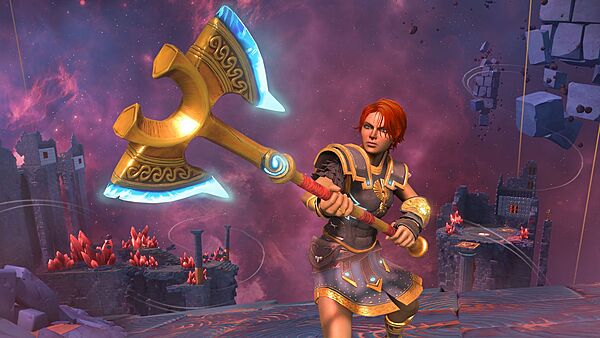 The Aussie ratings board has just listed their rating for Immortals: Fenyx Rising, and it reveals a tidbit that Ubisoft hasn't been forthcoming about. According to the listing, the game is going to include in-game purchases. We don't have any details on what these purchases will be or what the pricing will be. It's likely things will stay quite on this aspect until the game actually launches Dec. 3rd, 2020.

It's Ubisoft, I'd be surprised if there weren't any microtransactions.

The Assassin's Creed series has had microtransactions for a while now. Nothing essential or predatory. It's mostly cosmetic stuff. Nothing to go home crying about

First of all, this is not Assassin’s Creed. Secondly, just because it’s on the cosmetic side, doesn’t make it feel any less sordid. Mario Odyssey and BOTW had heaps of cosmetics that you didn’t have to pay for.

You have the right to feel repulsed by it and not buy the game. Have at it.
I don't mind it in the slightest because it doesn't affect the gameplay. You can 100% play the game without paying extra in the AC series.

Lastly, BotW did have cosmetics you had to pay for

That's true about Super Mario Odyssey, but BOTW had a load of costumes and other extras like Epona and Wolf Link that you had to buy amiibo in order to unlock. Plus, a good few more more in the paid DLC. And we had to pay for Hero Mode which was free in all other Zelda games prior, or Hero's Path which was tracking our movements in the game since launch, but was only unlocked when the paid DLC came out. There was quite a lot of little extras that were locked behind the paid DLC, that should have been free, again, like the Travel Medallion. I hope Nintendo don't pull a similar stunt with BOTW2.

To clarify, the microtransactions in AC are just to get maps that show where stuff is or items faster. Everything is obtainable in game