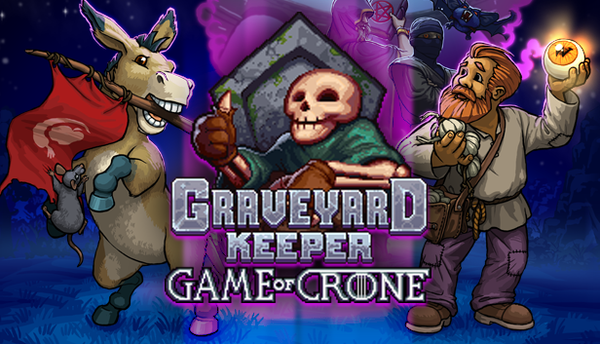 A new round of content has been announced for Graveyard Keeper, although we don't know if/when it's coming to Switch. All we know right now is that it's confirmed for the PC version of the game, and is launching soon. Hopefully Switch owners can dive in in the near future as well. Check out full details on the 'Game of Crone' DLC below.

Last Halloween Graveyard Keeper, a joyful and wholesome game about managing a cemetery and throwing bodies in the river, got a DLC called "Stranger Sins". The players' reception was phenomenal, so we're happy to announce that for this Halloween we're launching another major DLC, titled "Game of Crone".

Game of Crone will be out on 27th, and it centers around investigating the mysterious death of your predecessor, as well as dealing with a vampire that is terrorizing a peaceful nearby village. The DLC will have 6-12 hours of gameplay and a bunch of new mechanics, such as building your own camp.